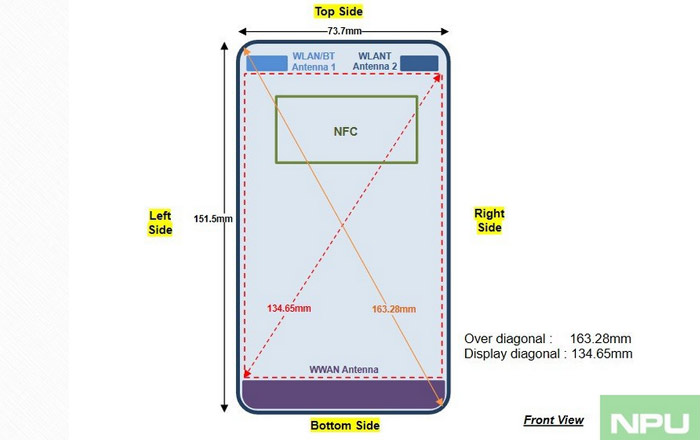 The Nokia 9 is in the news again, this time for passing through the US’ FCC certification process. This brings the phone a step closer to launch. It’s already cleared its EA Union and Bluetooth certifications, so an announcement shouldn’t be too far off in the future.

To recap, the Nokia 9 has been making the rounds in two variants called the TA-1004 and TA-1012. The former was expected to be a single-SIM variant, while the latter was believed to be a dual-SIM one. That conjecture may not be accurate after all, since the FCC has listed the TA-1004 as having a dual-SIM slot.

Only the Nokia TA-1004 has paid a visit to the FCC, disclosing a smattering of details in the process. For one, a simple outline of the handset reveals that its display will measure 5.3-inch diagonally, a bit smaller than expected. Sadly, there’s no mention of the screen’s resolution. It’ll probably be in the QHD range given its flagship status.

The FCC listing additionally discloses that the Nokia 9 may allow for storage expansion via a microSD card slot. It might support LTE Band 2, Band 4, Band 5, Band 7, and Band 38/41. The smartphone could be 73.7mm wide and 151.5mm tall and ship with NFC connectivity.

Leaks in the past have hinted that Nokia’s going to furnish it with a top-of-the line Snapdragon 835 processor, 4GB/6GB/8GB of RAM, and 64GB of ROM. There’s a chance it’ll arrive with three 13MP cameras in tow, one positioned on the front and two at the back.