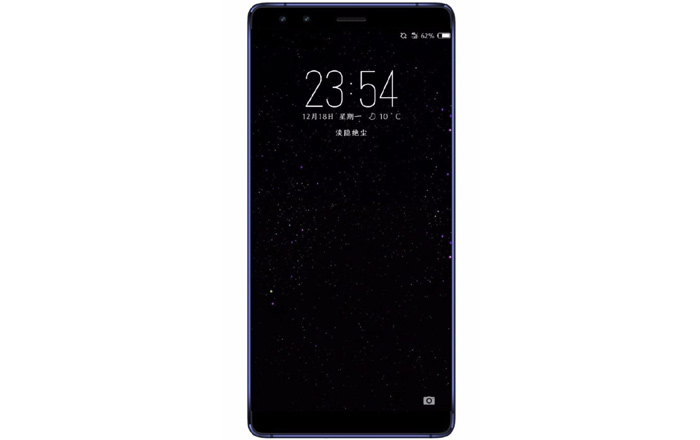 The Nokia 9 has just made it through the FCC, revealing a ton of specifications and screenshots along the way. An image of the handset has also gotten spotted on Weibo, confirming its reduced-bezel design.

If the render is authentic, the Nokia 9 will be the brand’s first minimal border phone. It doesn’t have the narrowest bezels at the top and bottom, but it’s enough of a change to mark a big shift for the company. There also appears to be 2 selfie cameras up front, another major addition.

The FCC listing goes against this though, stating that the Nokia 9 only has a 5MP front-facing snapper. It’s possible the agency is only listing one of the lenses and the other is being kept a mystery for now. That’s not the case with the rear module, as the page states that it’ll have a 12MP + 13MP dual camera setup.

The Nokia 8 had two 13MP shooters enhanced with the Carl Zeiss brand name. HMD Global will probably continue this partnership for its next flagship smartphone. The firm’s further planning to upgrade the screen to a 5.5-inch OLED panel made by LG.

A Snapdragon 835 processor will probably run at the heart of the Nokia 9. It’ll likely be paired with Android 8.0 Oreo and a 3250mAh battery with 18W fast charging skills. The FCC website also reveals that there’ll be a pair of headphones included in the box, along with a USB cable and charger.