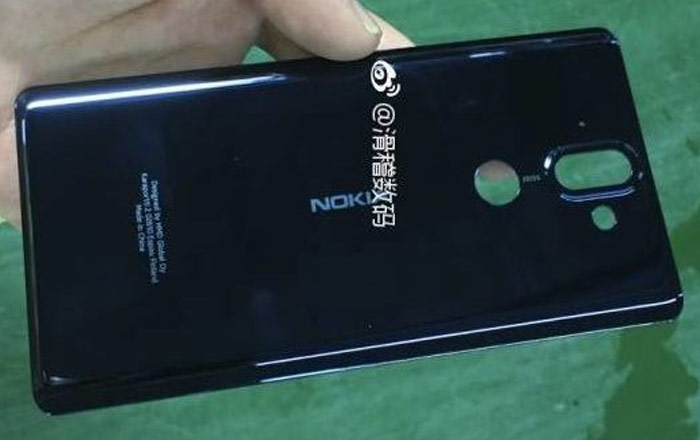 The Nokia 9 and Nokia 2 are frequent members of the rumor mills, popping up every now and then to add more details to HMD Global’s most and least expensive phones. Both have now emerged online in separate leaks to add some more information to the mix.

Starting off with the flagship Nokia 9, the back of the handset can be seen in a Baidu-sourced image. The design falls in line with previous rumors, featuring a glossy rear and dual cameras that come with a prominent hump. NokiaMob theorizes that the latter could have come about because the lenses are superior to the Nokia 8 or the body of the device itself is thinner.

There’s a fingerprint reader below the twin shooters and the words ‘Designed by HMD Global’ at the bottom. It certainly looks authentic, but this can’t be taken for certain until more concrete evidence shows up. The phone might be priced at EUR 750 (roughly $880 or Rs 57250) and hit availability in early 2018.

As for the Nokia 2, it recently got certified in Russia and spotted on US retailer B&H’s website. The latter listing was quickly taken down, but not before WinFuture noticed it and reported that the handset would cost $99 (around Rs 6440). Rumored specs include 1GB of RAM, a 4000mAh battery, Android 7.1.1 Nougat, a 4.5-inch display, and a Snapdragon 212 processor.

The Nokia 2 will likely make its debut in November. It’ll probably make the trip to other countries outside of Russia and the US as well.