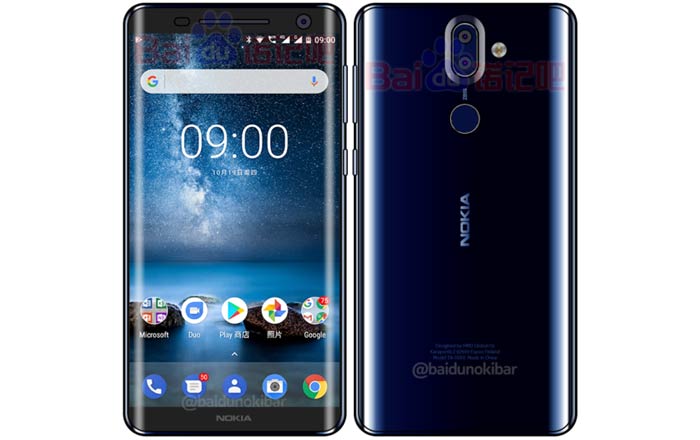 From the looks of things, the sketch probably represents the Polished Blue variant of the Nokia 9. The device appears to have a dual-curved 3D glass design in place with thick bezels at the top and bottom. It looks pretty similar to the Galaxy S7 Edge all told, but there’s a conspicuous lack of a home button up front.

As a result, it seems Nokia has placed a fingerprint scanner at the back of the device below the Zeiss dual cameras. Rumor has it that the handset will carry a dual-camera setup which is similar to the Nokia 8, but with significant improvements.

The Nokia 9 is commonly referred to as the brand’s true flagship, with early speculation talking about a bezel-less high-end offering. In fact, the smartphone’s display panel got leaked recently. That particular image featured much narrower borders at the bottom, similar to the Galaxy S8.

It’ll be difficult to determine which source is more accurate until something more reliable shows up. The Nokia 9 is expected to boast of specs like an iris scanner, IP68 certification, wireless charging, 6GB or 8GB of RAM, 128GB of ROM, and a 5.5-inch or 5.7-inch QHD panel.