The Nokia 9 has gotten leaked in a real-life image, or at least a part of it has. A Baidu tipster claims the above snap is of the upcoming handset’s display panel.

There’s no way to verify the leak right now, but it does score points for falling in line with previous rumors. The Nokia 9 is believed to feature a minimal bezel design, though not as extreme as the Galaxy S8 and iPhone X. As evidenced by the photo above and below, the sides don’t have much of a border, but the top and bottom do.

Both images depict the Nokia 9 as having an edge-to-edge curved 3D glass design. It’s quite similar to the Galaxy S7 Edge in that respect. The person behind the hands-on photo claims that the display measures 5.5-inch. Most reports have asserted a 5.5-inch or 5.7-inch OLED screen with a QHD resolution, so this seems plausible. 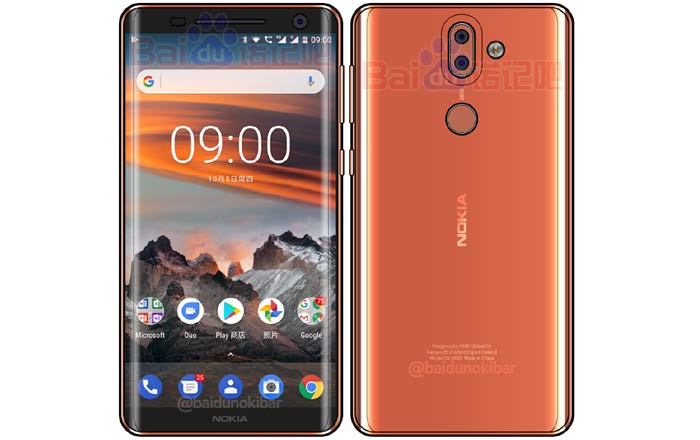 Nokiapoweruser suggests that Nokia has incorporated a glass-based design all around to accommodate wireless charging. The device will probably emulate the Nokia 8 in sporting a Carl Zeiss dual camera module, with some saying that it’ll be superior to the latter’s.

The images appear to indicate that the Nokia 9 won’t have room for a home button, which may be why the fingerprint scanner has been shifted to the back. Other top specs expected of the phone include an iris scanner, 128GB of ROM, IP68 certification, and 6GB/8GB of RAM. It could be priced at EUR 749 which translates to roughly $890 or Rs 57940.