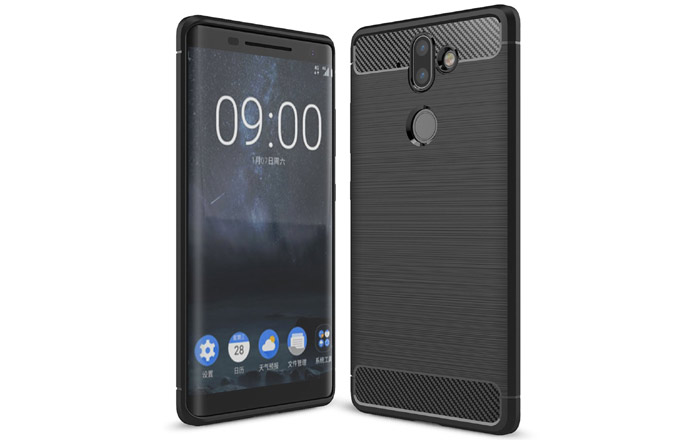 Cases for the Nokia 9 have begun popping up on Amazon UK, showing off what may just turn out to be the final design of the handset. The renders fall in line with what we’ve heard about the handset so far.

This includes the Nokia 9’s rounded 18:9 display, fingerprint scanner at the rear, USB Type-C port, and dual cameras. The top and bottom bezels are fairly prominent, but the overall design strongly resembles Samsung’s Galaxy S8 and Galaxy Note 8 what with the curved edges and minimal borders at either side.

A separate Baidu leak suggests that the Nokia offering will give the headphone jack a miss, joining one of 2017’s most popular trends. In exchange, the device may be getting hold of IP67-level protection against dust and water. Plus, there’s a chance it’ll be able to charge wirelessly.

The source behind this piece of information claims that the glass which HMD has adopted for the Nokia 9’s back is superior to the one used by one of Samsung’s recent flagships. It’s not clear what this better material would allow for, but hopefully it’ll pave the path towards faster wireless charging.

HMD Global hasn’t said anything about the Nokia 9’s unveiling yet. There will probably be an announcement before the end of the year, which leaves just the month of December for that to happen. The appearance of case maker leaks is typically a sign that an official launch event is just around the corner.