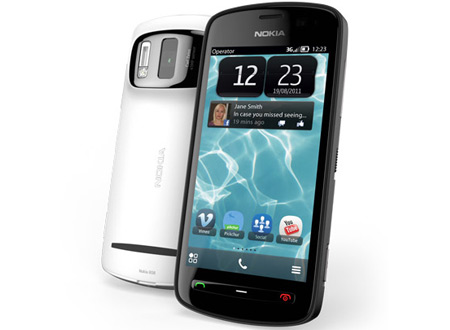 The Nokia 808 PureView India price and release date details have finally gone official, following its launch in the country just today. If a 41MP camera serves as a convincing enough reason to shell out big bucks for a phone running on Symbian Belle, the Finnish company has probably got the formula right on this one.

Of course, considering previous reports about the device, we were expecting an India release last week itself. The outrageously high spec sensor with a Xenon flash on the back panel is obviously a point that cannot be skipped over when it comes to the hardware – we’re talking about a 41MP camera complemented by Nokia PureView Pro imaging intelligence and Carl Zeiss optics.

Vipul Mehrotra, Director and Head of smart devices, Nokia India, stated, “Nokia 808 PureView stands for industry leading innovation – it represents Nokia’s highest level of smartphone imaging experiences and marries it effectively with Dolby’s cinematic sound experience, resulting in a smartphone that has set new standards in mobile technology. This was possible due to our long expertise in imaging, partnering with the best companies in the world such as Dolby Laboratories and Carl Zeiss, incredible craftsmanship and unwillingness to compromise on performance. We are proud of what we have jointly created, world’s first super camera phone.” 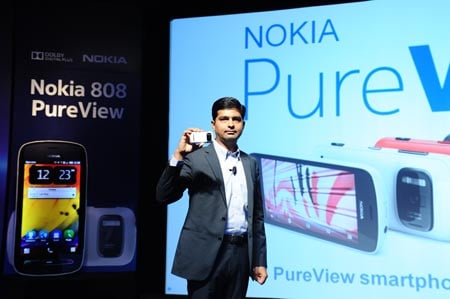 Setting aside the snapper, the Nokia 808 PureView features a 4-inch AMOLED ClearBlack touchscreen protected by Corning Gorilla glass and 512MB RAM. Its 16GB internal memory can be stretched up to 48GB courtesy of the microSD card slot and there’s a single core ARM11 CPU clocked at 1300MHz, embedded into the chassis. In terms of connectivity, users get NFC, Bluetooth, HDMI, DLNA, Wi-Fi and more.

The Nokia 808 PureView price in India is Rs. 33,899. It will be available in the country starting from tomorrow, in color choices of black and white.