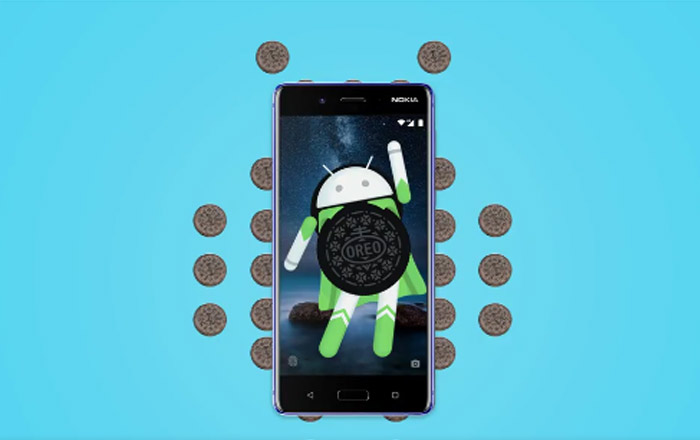 The Nokia 8 has officially begun receiving its Android 8.0 update, about a month after the brand’s beta testing labs opened up and 2 weeks after the program ended. It’s a big moment for HMD Global since the flagship handset is the first of its smartphones to get a taste of Oreo.

Nokia Chief Product Officer Juho Sarvikas announced the shift to Oreo via his Twitter account. He later cautioned that the rollout was being phased out over the course of 2 days, so not everyone will get it immediately. Furthermore, some operators are still in the process of reviewing the software.

Accordingly, some Nokia 8 owners might not get promoted until next week. Things appear to be running smoothly for most users, although many are disappointed that the Lumia Camera UI hasn’t made a comeback. The update weighs in at 1518.1MB and can only be downloaded via Wi-Fi.

Also Read: Nokia 2 finally gets a release date and a price tag in India

As per the release notes, the Android 8.0 update will bring new features like picture-in-picture, autofill passwords, Google Play Protect security scans, Notification dots, and faster boot ups. On the security side of things, the upgrade bundles the November security patch.

When asked about the Nokia 6’s Android 8.0 upgrade, Sarvikas confirmed that the Nokia 6 and Nokia 5 will be getting Oreo next. The firm plans to open its beta labs for the pair soon. Other models namely the Nokia 7, Nokia 2, and Nokia 3 will follow up post that.

HMD Global has already promised to roll out Android P for its entire portfolio once the OS gets announced next year. You can sign up for the Nokia phones beta labs here.