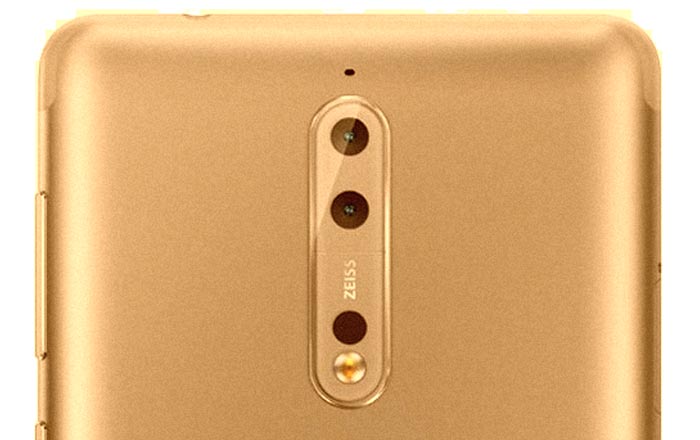 We’ve been referring to the upgraded version of the Nokia 8 as simply the Nokia 8 (2018), but HMD Global may have a much fancier name in store for it. According to a Thai mobile certification website, the company is going to call the smartphone the Nokia 8 Sirocco.

You might remember the Sirocco name from the glory days of Nokia back in 2006. The brand had launched a special edition of the Nokia 8800 with the moniker attached, upping the luxury factor with sapphire glass, a leather case, and molded steel panels. It later launched a gold-plated version of the same, making the handset the most expensive phone in its catalogue.

If you’re wondering what Sirocco means, it’s the name of a Mediterranean wind which blows from the Sahara. The branding actually popped up about a month ago when NokiaMob found a logo for the Nokia 8 Sirocco hidden inside the Nokia 5’s camera app.

As per Dutch website Mobielkopen, the Nokia TA-1005 is being trademarked as the Nokia 8 Sirocco. This makes things a lot more interesting since the TA-1005 was thought to be a variant of the Nokia 9. Going by reports so far, the model is getting updated to an LG-made OLED screen, extra storage, and a pair of selfie cameras.

Other specs like the Snapdragon 835 processor, 3250mAh battery, and 12MP + 13MP dual rear shooters stay the same. HMD Global had done something similar with the Nokia 6 by launching a special edition Arte Black iteration. Perhaps the Nokia 8 Sirocco will be covered in gold like its decade-old predecessor.