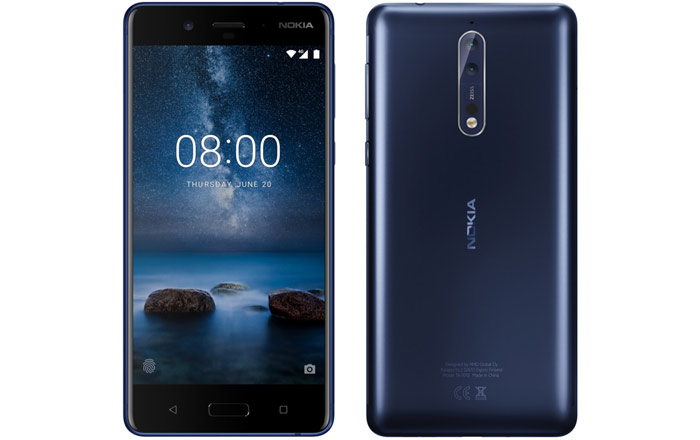 The Nokia 8 has popped up on two separate benchmarking sites, somewhat confusingly under the name Nokia 9. The model numbers mentioned on the pages are TA-1004, TA-1012, and TA-1052.

To recap, the 3 were at first attributed to the Nokia 9, but later evidence showed that they might actually be variants of the Nokia 8. Moreover, WinFuture points out that the Bluetooth SIG database lists the TA-1004 and TA-1012 under the moniker Nokia 8.

In any case, we’ll find out the official name of Nokia’s flagship handset when it gets announced on August 16. Diving into its specs, the GFXBench listing suggests that the phone will sport a 5.3-inch 2560 x 1440p display and run on Android 7.1.1 Nougat inside.

In terms of processing power, the Nokia 8 could be blessed with a top-of-the-line Snapdragon 835 SoC. It’ll be assisted in its tasks with an Adreno 540 GPU and 4GB of RAM. Internal storage could stand at 64GB, with no mention of support for microSD cards.

As for photography, the GFXBench listing mentions a single 12MP rear lens, while the AnTuTu one (via Nokiapoweruser) talks of a 13MP + 13MP setup. Either one of the sites is wrong or the brand is planning to launch single and dual camera variants. Images of the latter have been popping up quite frequently, so there’s a strong chance twin shooters will be around.

Finally, Romanian site Mobilissimo has posted images of internal Vodafone Romania documents which indicate that the Nokia 8 will be priced at around EUR 520 (roughly $615 or Rs 39380). Stay tuned in for more on the smartphone till it gets launched on August 16.