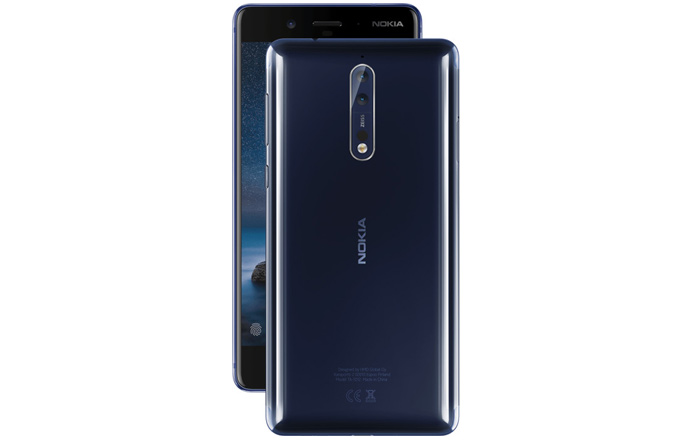 The Nokia 8 made its international debut about a month ago and is currently spreading across Europe, Australia and Asia. The US and India are now set to be the next markets to receive the flagship phone.

Nokiapoweruser recently discovered that HMD Global has changed the FCC listings of the Nokia 8 models TA-1004 and TA-1012, indicating an imminent launch. What’s more, the modifications reveal that there’s a new 6GB of RAM and 128GB of ROM version of the phone.

To recall, the Nokia 8 was announced only in a 4GB of RAM and 64GB of ROM variant. Other new features mentioned in the listing include the enabling of ANT+ and WCDMA Band IV by software. The former lets users view real-time sport and health monitoring data.

Things are a bit more official when it comes to India, with HMD Global sending out press invites for an event on September 26. There’s no mention of the Nokia 8 specifically, but it’s obvious enough given the ‘There are two sides to every story’ tagline which is a clear reference to the device’s Bothie feature.

Specifications of the Nokia 8 at a glance:

The 4GB/64GB Nokia 8 has been slapped with a EUR 599 price tag which translates to roughly Rs 46520 in India. There hasn’t been any indication that the phone’s newly discovered 6GB/128GB variant will be making its way to the subcontinent as well, but it’s not entirely out of the question.