HMD is widely expected to launch 6 to 7 Nokia Android phones this year, with the mid-range Nokia 6 already out of the bag. Talk about a flagship Nokia 8 has now erupted thanks to a couple of videos showcasing the smartphone.

The person behind the leaks claims that the Nokia 8 was on display at Qualcomm’s CES 2017 booth. The personnel on hand apparently asked attendees not to film the handset, which explains why more sources haven’t reported on it. The company and Qualcomm have apparently been collaborating together on the Snapdragon 835 processor for a long time.

This also serves to explain why the two alleged Nokia 8 variants in the footage were showing off the video stabilization skills of the Snapdragon 835 SoC. In terms of specs, the higher-end version is supposedly going to sport a 5.7-inch Super AMOLED QHD screen, an all-metal body, and dual front-facing speakers.

Its top-of-the-line Snapdragon 835 CPU might be accompanied by a considerable 6GB of RAM. Owners of the Nokia device may get to make use of 64GB or 128GB of internal room and expand on this up to 256GB via a microSD card slot. Photography is reportedly going to be taken care of via a 24MP rear shooter which boasts of both OIS and EIS.

The unit could be paired with a 12MP snapper on the front. The other Nokia 8 is expected to differ from its sibling courtesy a Snapdragon 821 processor, 4GB of RAM, and lower camera specs. Both iterations might go official on February 26 at a pre-MWC Nokia event. 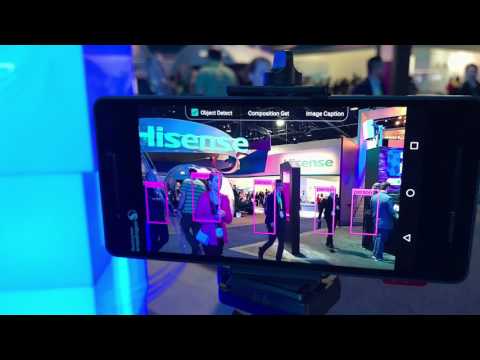