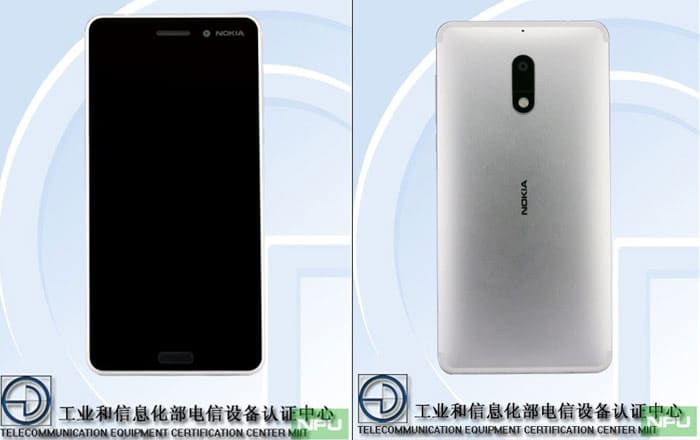 The announcement of the Nokia 6 may have gotten a lot of people talking about the brand’s return to smartphones, but disappointed many when they found out it was only coming out in China. However, HMD Global may just be planning to release an international variant of the phone as well as a silver color option.

As per Nokiapoweruser, a fresh edition of the Nokia 6 dubbed TA-1003 went though Bluetooth certification recently. The Chinese variant has the model number TA-1000. It follows that TA-1003 could be the name of the global iteration of the phone which may come to light soon or at the MWC.

As for the silver version, Chinese certification site TENAA has listed the TA-1000 sporting the brand new shade. The Nokia 6 is only available in black as of now. This variant is currently up for sale in China, so the new one may take some time to hit availability.

The Nokia 6 is expected to be one of many Android-running phones to be launched this year by HMD Global. The handset itself is a mid-range affair with a CNY 1699 (approx $245 or Rs 16700) price tag to match. The company hasn’t specified what kind of unique features it plans to introduce in order to distinguish it from others.

Nokia 6 specifications at a glance:

One feature being bandied about is an AI assistant named Viki. We’ll keep you updated as and when more details about HMD’s plans come out.