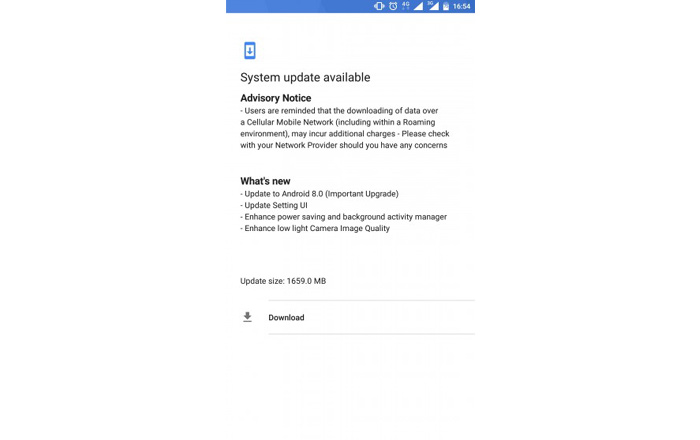 HMD Global has finally begun rolling out its Android 8.0 Oreo update for the first-gen Nokia 6 after weeks of testing the upgrade via its Beta Labs project. It hasn’t said anything official about the release yet, but owners have begun reporting that their model is receiving the promotion OTA.

It seems both the Chinese and Global versions of the Nokia 6 (2017) are getting updated to Oreo. The upgrade weighs in at a heavy 1659MB, so it would be best to download it over Wi-Fi. There are four major additions listed in the changelog.

The first is obviously the transition to Android 8.0, while the second is a simple update to the Setting UI. The third will help the Nokia 6 handle power saving better and enhance the background activity manager. The fourth and final one promises to improve low-light images taken with the camera.

You might recall that HMD Global recently released a 2018 version of the Nokia 6 in China. This particular version runs on Android 7.1.1 Nougat and is also supposed to switch to Oreo soon. It doesn’t seem like the company has upgraded it yet, but it should ideally receive it soon.

An international variant of the Nokia 6 (2018) is rumored to be coming out at the MWC 2018 on 25 February. It’ll hopefully run on Android 8.0 straight out of the gate.

Speculation is also pointing towards a Nokia 7 (Global), Nokia 9, Nokia 1, and Nokia 3310 (4G) reveal. We’ll have to wait and see what HMD Global has in store next month.