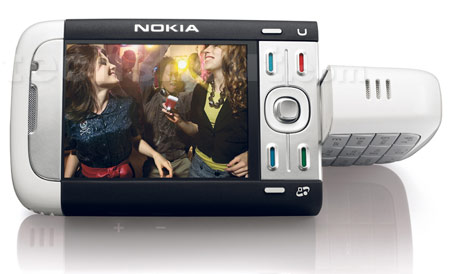 Besides launching the 7088 CDMA and 5070 mobile phones, Nokia has come out with yet another one. The Nokia 5700 XpressMusic is an accessible 3G smartphone which features a great twist design that allows the user to switch between four modes- music player, camera (2 mega pixel), video call, and smartphone.

The Nokia 5700 XpressMusic phone has an optional 2GB MicroSD card, which supports up to 1500 tracks. Using the Bluetooth stereo headphones, and with the 3.5mm plug-equipped headphones and the headset adaptor, you can listen to tunes on your Nokia 5700. This phone supports a number of formats such as WMA, MP3, AAC, as well as eAAC+ and MP4.

The optimized music player in the Nokia 5700 XpressMusic phone supports album art, playlists, plus a 5-band equalizer and audio visualizations. The Nokia 5700 phone can support up to 16 million colors on its color screen. 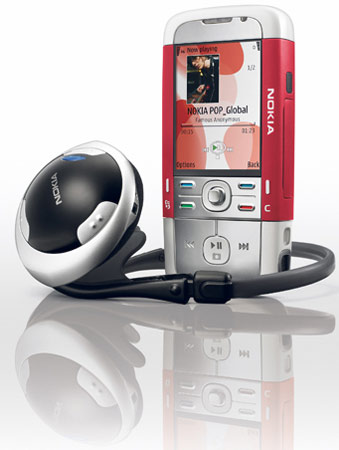 “The Nokia 5700 XpressMusic adds a new twist to the mobile music experience with compatibility for tracks purchased from many Internet music stores,” says Heikki Norta, Senior Vice President, Mobile Phones, Nokia. “In addition the Nokia 5700 XpressMusic features a dedicated audio chip for improved music performance which consumers can further enhance by selecting from an ever increasing line of compatible audio enhancements.”