The Nokia 2.1, Nokia 3.1, and Nokia 5.1 got unveiled at a huge event last month, but it looks like HMD Global has more phones in store for 2018. Prolific tipster OnLeaks and TigerMobiles have collaborated to show off one of those handsets – the Nokia 5.1 Plus.

This isn’t the case with the so-called Nokia 5.1 Plus. It sports a notch at the top and two ears by its sides. The Nokia X6 features a similar design, but its cutout is much smaller. There are thin borders along the smartphone’s edges in the photo above, culminating in a narrow bezel at the bottom with the Nokia logo. 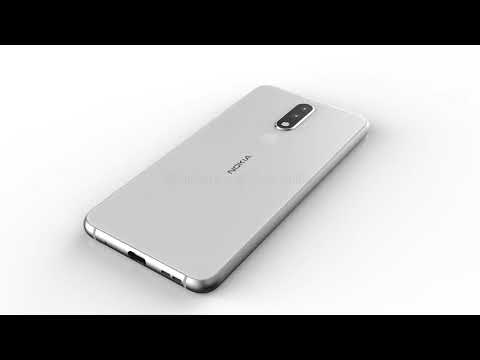 Interestingly, it seems HMD Global is bestowing a dual-camera setup to the upcoming device. This is a major upgrade over its predecessor. The new smartphone also appears to have a glass back. There’s a fingerprint sensor below the twin lenses.

Moving on to the bottom, the Nokia 5.1 Plus might get another upgrade in the form of a USB Type-C port. The phone’s speakers can be spotted beside it, while the 3.5mm headphone jack sits right at the top.

Other than the Nokia 5.1 Plus, HMD Global is also reportedly getting ready to release the Nokia X6 on an international scale. The device is only available in China at the moment. Its global variant recently received NCC certification in Taiwan. The handset also went through Bluetooth certification in May.