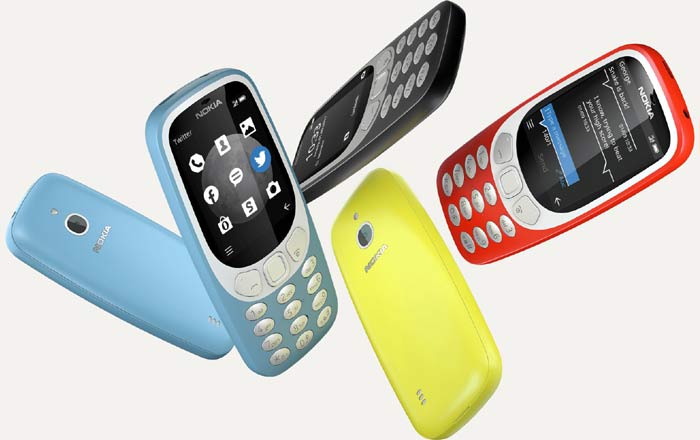 The Nokia 3310 has finally gotten a 3G variant as rumored a few months ago, enabling faster data connections within the same retro package. The new model has only been announced for Australia as of now, but should make its way to other markets soon.

The 3G-ready Nokia 3310 is set to hit Australia on October 16. It’ll be priced at AUD 89.95 (approx Rs 4620) and sold via Optus, Vodafone, Telstra, Harvey Norman, and JB Hi-Fi. HMD Global has also announced a global average cost of EUR 69 (about Rs 5320) and mid-October launch for the feature phone.

The figure is a bit higher than the 2G-only model’s EUR 49 rate, but that’s to be expected given the upgrade in speeds. HMD Global hasn’t mentioned which markets will be getting it first, but the US is a likely candidate. The older iteration couldn’t work in the country because of incompatible networks, so the new 3G version should take care of that particular issue.

The Nokia 3310 3G is pretty much the same as its predecessor, but now offers more customization options to do things like changing the colors of the icons and their position on the screen. The device is supposed to last for 27 days of standby time and 6.5 hours of talk time.

A quick roundup of the the Nokia 3310 3G’s specifications:

HMD Global has added two new azure and charcoal options for the Nokia 3310 3G, along with the previous yellow and red. We’ll keep you updated as the feature phone makes its way to other markets.