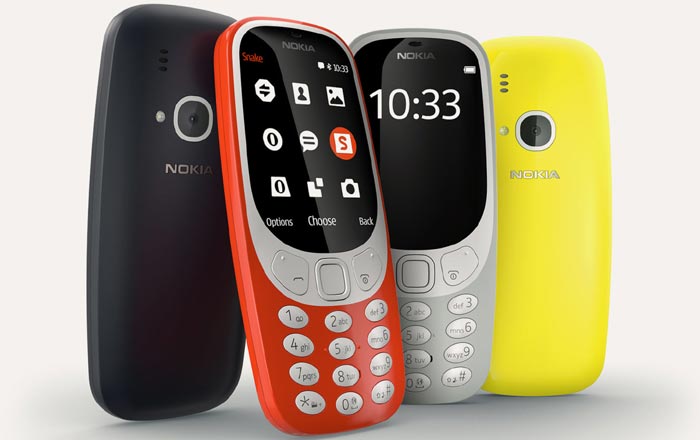 HMD made a big splash at the MWC 2017 back in February with the new Nokia 3310, 3, 5, and 6. However, the firm is yet to announce official launch dates for the handsets. The first has now shown up across multiple e-commerce sites, suggesting that it’ll be the first to hit stores.

The Nokia 3310 recently showed up on German and Austrian websites accompanied by an April 28 release date and a price tag higher than EUR 56 (roughly Rs 4000). This is a bit more than the EUR 49 (approx Rs 3400) cost which was announced by HMD at the time of its unveiling.

Other than Europe, the Nokia 3310 has also popped up on OnlyMobiles, an Indian e-seller. The site has listed the phone at Rs 3899 without a possible arrival date. There’s no way to know for certain whether or not the figure is accurate right now. It does notably fall in between the official cost and the one featured on European portals.

HMD Global’s India VP Ajey Mehta had previously stated that the Nokia 3310 will be landing in India this year, but did not specify a date. He also mentioned that the Nokia 3, 5, and 6 will become available in the country by June 2017. All 3 smartphones are additionally set to be manufactured in the nation via Foxconn.

A quick look at the Nokia 3310’s specifications:

We’ll keep you updated the moment HMD releases the Nokia 3310 to the public.