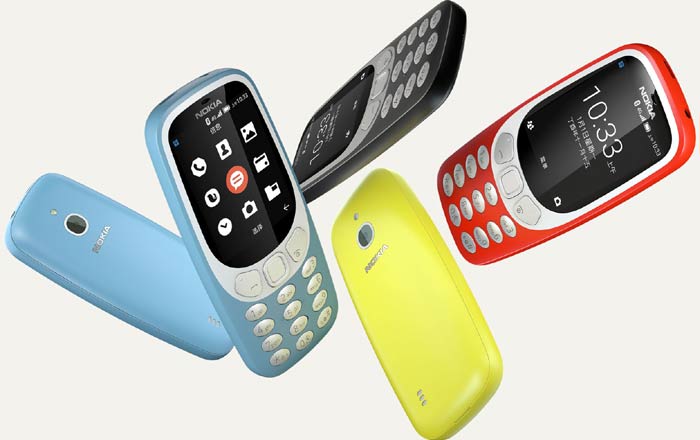 After plenty of leaks and rumors, HMD Global has finally launched the 4G avatar of its nostalgia-inducing Nokia 3310. It’s the third version of the handset which has come out till date after the 2G and 3G-supporting models.

HMD Global has only announced the Nokia 3310 4G in China, but an international variant could be unveiled at the MWC 2018. The local iteration runs on YunOS, a forked version of Android made by the folks at Alibaba. Native Android apps can operate on the handset, but third-party ones might find it a bit difficult to get on board.

It’s unclear what software the global version of the Nokia 3310 4G will run. The 2G option ran on Nokia Series 30+, while the 3G one got hold of Feature OS powered by Java. The new handset has a couple of notable upgrades over its predecessors.

The biggest one is naturally the ability to work with 4G networks and make VoLTE calls. Users can also use its Wi-Fi connectivity to create a hotspot and share their data with other devices. There’s a big change in the memory department as well since the storage and RAM have gotten bumped up to 512MB and 256MB, respectively.

Nokia 3310 4G specifications at a glance:

Battery life is still one of the biggest positives, with Nokia claiming that it’ll go on for 12 days of standby time, 15 hours of talk time on 2G, and 5 hours of talk time on VoLTE. There’s no price tag for the phone yet. It’s set to hit China in late February, right around the time the MWC 2018 will kick off.