Nokia 301 dual SIM officially released in India for around Rs 5,200 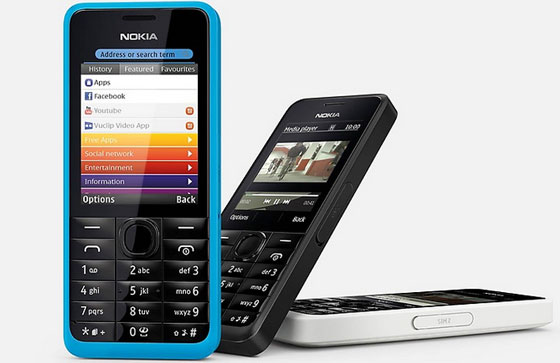 Not in the mood for a Nokia smartphone? Nokia has officially released the 301 in India for less than Rs 5,200, the same price at which we had seen Snapdeal list the handset over a fortnight ago. So here is a break from all those mid-range devices for folks in the market for a simple feature phone.

Like a lot of budget handsets that have been hitting stores lately, this one also sports dual SIM slots. It has a 6.1cm, 320 x 240 QVGA display and 64MB of RAM. The battery powering it is a 1200mAh one which will apparently let you squeeze 6 hours of 3G talk time out of it. Those on 2G can look forward to roughly 20 hours of talk time. The onboard memory capacity hasn’t been noted, though there is a slot for adding a card of up to 32GB.

Although Bluetooth 3.0 connectivity is part of the specs sheet, those who insist on a phone with Wi-Fi or NFC will have to look elsewhere. As shown in the product shots, sitting below the screen is a standard keypad instead of a QWERTY one. Lastly, there’s a 3.2MP camera without flash on the back panel.

Here’s what the phone is listed at through online retailers across the country: