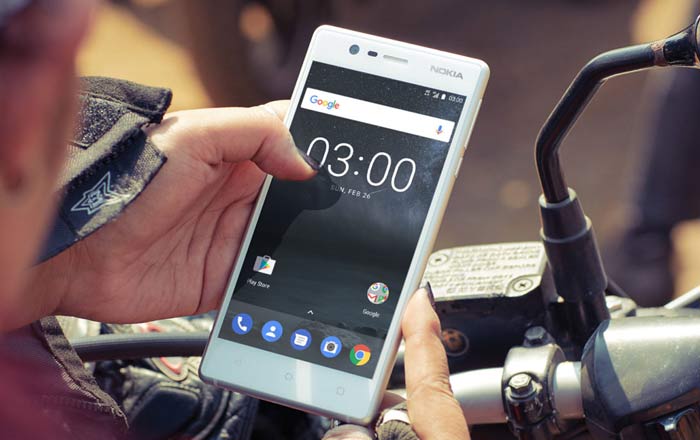 Nokia made its India comeback earlier this week amidst a wave of nostalgia and hype among loyalists who’ve been waiting for months for its smartphones to arrive. While they’ll have to wait a bit longer for the Nokia 5 and 6 to hit availability, they can buy the Nokia 3 from shops now.

To recap, the Nokia 3, Nokia 5, and Nokia 6 were all announced at the same time but have different release timelines. The second is going up for pre-orders on July 7 via offline retailers. Registrations for the third are set to kick off on July 14 via Amazon India.

That leaves the Nokia 3 which is currently available via brick-and-mortar outlets across India. The device is the most affordable of the trio thanks to its Rs 9499 price tag. That’s likely because it’s made out of polycarbonate with an aluminum frame for added sturdiness and style.

Nokia’s trying to market the handset as a stylish Android phone with all the essentials. This is true for the most part, equipped as it is with an 8MP f/2.0 autofocus camera on the front and back, 2GB of RAM, 16GB of expandable storage, and 4G support.

One key highlight which separates the Nokia 3 from other entry-level offerings is the fact that it ships with a nearly-pure version of Android 7.0 Nougat out-of-the-box. The brand’s also promised to roll out regular updates for the device, going as far as to pledge an Android O upgrade in the future.

Specifications of the Nokia 3:

Vodafone subscribers can avail a special Nokia 3 offer which gives away 5GB of data at Rs 149 per month for 3 months. Buyers will also get MakeMyTrip vouchers worth Rs 2500.