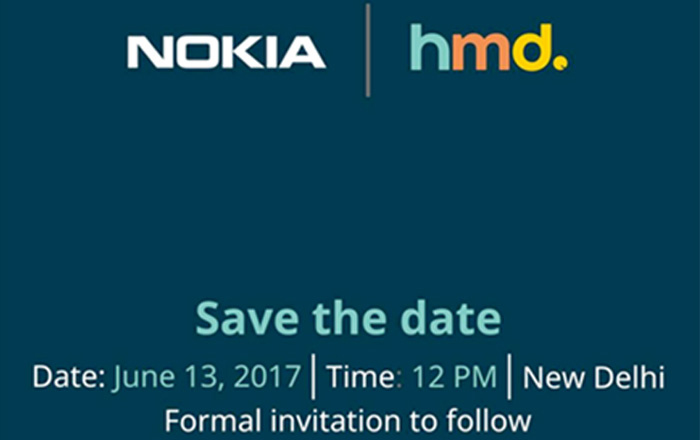 Nokia’s begun sending out ‘Save the date’ invites to the media for an event on June 13 at 12 pm in New Delhi. While not explicitly stated, the occasion will probably see the launch of the brand’s Android-powered smartphones.

The June 13 date isn’t too far off from the June 15 release date rumored previously for the Nokia 3, Nokia 5, and Nokia 6. The invite doesn’t indicate which of the 3 will be arriving in India. It’s possible the trio will be announced together and land in stores in phases.

A previous report had hinted that HMD Global might price the Nokia devices more affordably in India than other markets in order to give itself a leg-up over competitors. Interestingly, a spokesperson for the company recently told TechRadar that the Nokia 3, Nokia 5, and Nokia 6 will get updated to Android O once Google makes it available to OEM partners.

This is great news for anyone who wants a bit of future-proofing when it comes to their smartphones. Version 8.0 of Google’s software is expected to come out in Q3 2017. The Nokia phones already run on an almost-stock version of Nougat, so the transition to Android O shouldn’t take too long after that.