Even with Microsoft calling the shots for Nokia’s Devices business, the company is continuing to focus on non-Lumia devices such as the Nokia 225 feature phones. The handset was designed with an aim to deliver internet connectivity at a very affordable price and it’s now official for India.

The Nokia 225 made its debut back in April and it’s preloaded with the company’s Xpress Browser. This app allows you to surf the web without worrying about your data consumption as it compresses websites in the cloud for quicker loading on even slow net connections. Additionally, the company has also thrown in Facebook and Twitter applications which can be accessed directly from the phone’s homescreen. Users will even be able to install apps including releases from Gameloft through the dedicated store. 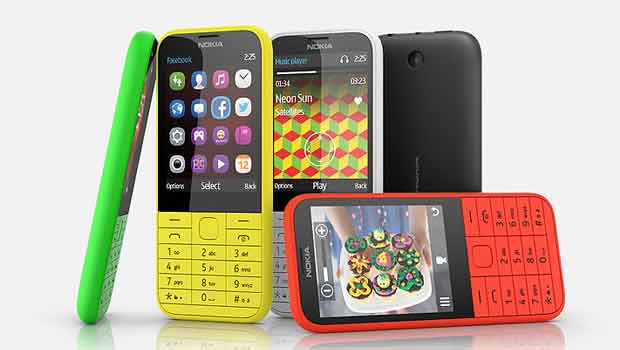 Nokia’s Slam tool is onboard too which allows you to conveniently share files via Bluetooth. The device is a blend of traditional and modern designs. You get a 2.8-inch QVGA LCD Transmissive screen occupying the top half of the front panel, while a numeric keypad splash- and dust-proof takes charge of the lower portion. The overall form factor falls in line with the Lumia design language and the handset is also being offered in multiple colors. For music buffs, the phone can be equipped with a 32GB microSD card and the 1200mAh battery can deliver around 49 hours of continuous music playback.

Here’s an overview of the Nokia 225 features: 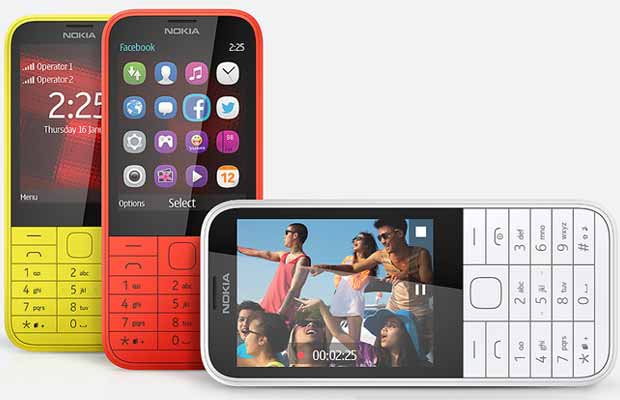 The Nokia 225 and it’s dual SIM version are available for purchase throughout India for a starting price of Rs 3,329.