The Nokia 222 and 222 Dual SIM are two features phones that have just been outed in India by Microsoft. Both of them are Internet-enabled devices bearing the almost extinct long battery lives that we can only dream of with today’s smartphones.

September is when they will begin entering relevant markets with the prices starting at around $37, which translates to about Rs 2450. There’s no difference between the two Nokia 222 variants apart from the fact that one offers dual SIM card slots.

This phone is capable of only connecting to 2G/EDGE networks, and does not even feature support for Wi-Fi. It runs the Series 30+ OS by Nokia, and comes pre-installed with apps such as GroupMe by Skype, MSN Weather, Facebook, Messenger and Twitter. You can even exploit the benefits of Opera Mini Browser and Bing Search. 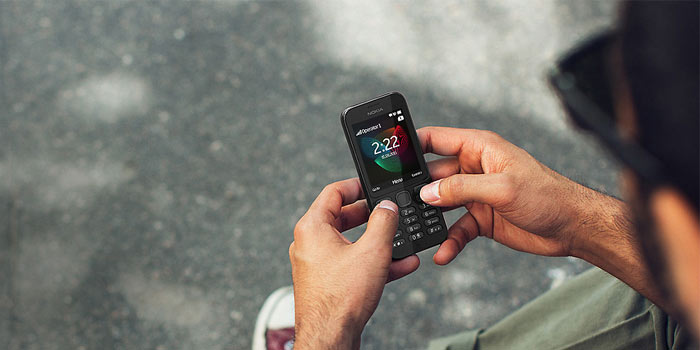 Nothing extraordinary will be on offer through its 2MP camera. The highlight of the 222 however, is its 1100mAh battery which is capable of keeping it going for 20 hours of talktime and 29 days of standby time. Support for FM radio as well as an MP3-player has found their way into the device as well.

Also Read: Nokia’s Android tablet is headed to the UK and Ireland

Nokia has fitted onto its front surface a 2.4-inch QVGA display which should do its job of providing basic color visuals. Although the exact memory details of this handset are not known, we can reveal that a microSD card supporting storage expansions of up to 32GB has found its way onto it. 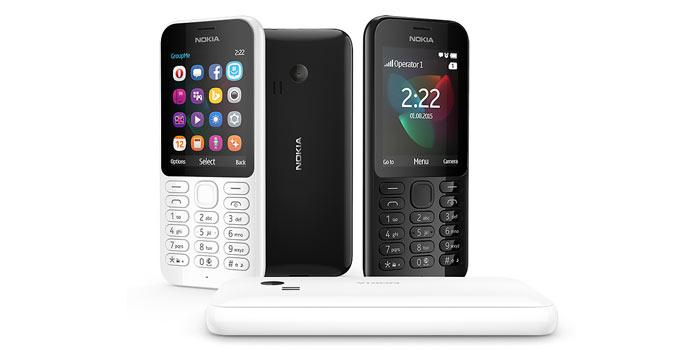 Like we said, the Nokia 222 and 222 Dual SIM will be seen entering markets this September with their prices starting at around $37. Let’s see how they compete against other feature phones in the market.