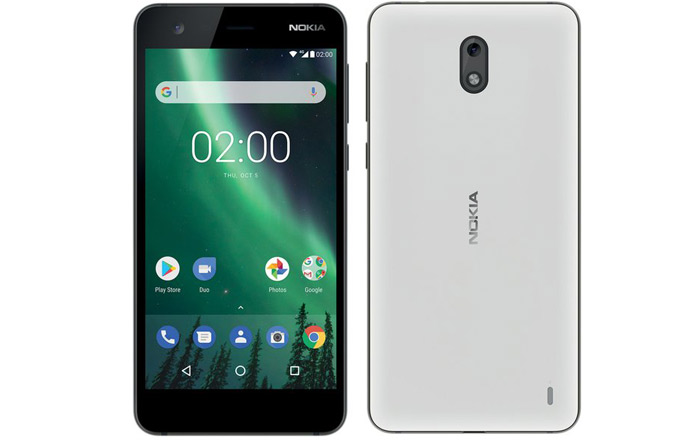 The Nokia 2 has shown up once again in the rumor mills, this time popping up on the Antutu database. The leak divulges a number of specs about the device, most of which have been revealed before.

As per the listing, the Nokia 2 will boast of a Snapdragon 212 processor, a pretty basic one as far as chipsets go. This is to be expected as the device is set to be the cheapest phone HMD Global will offer up until the Nokia 1 arrives on the scene.

Accompanying its basic SoC is a basic 1GB of RAM and 8GB of ROM for memory purposes. The smartphone’s photography skills probably won’t be anything to write home about either, thanks to an 8MP rear camera and 5MP front-facing one.

The Nokia TA-1035, AKA the Nokia 2, runs on Android 7.1.1 Nougat like its more expensive siblings. HMD Global will probably update it to Oreo as well, a big feather in its cap given the current state of budget phone updates. Screen resolution is mentioned at 720 x 1280p, probably confined within a 4.7-inch to 5-inch display.

While the Antutu page doesn’t mention the Nokia offering’s battery, previous speculation has pegged it at 4000mAh. That’s a lot of capacity for such a low-powered phone, so it’ll likely be the handset’s highlight.

As for price, the Nokia 2 is expected to sell at about $99 which translates to roughly Rs 6430 in India. We might find out the device’s official cost on October 31 since HMD Global’s hosting a big event on that day.