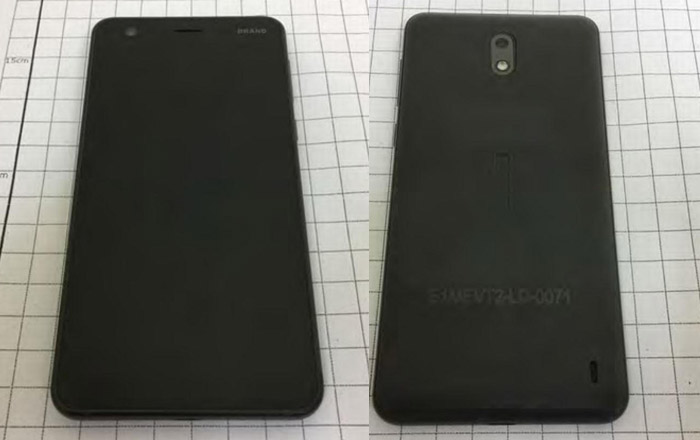 The leaks keep on coming on the Nokia front, with photos of the Nokia 2 now making the rounds online. The handset has so far only been seen in drawings, so the hands-on images provide a better idea of what to expect.

The snapshots have been sourced from the Federal Communications Commissions (FCC)’s portal. The site has listed the smartphone under the name TA-1029, a match for the Nokia 2. The pictures fall in line with the aforementioned sketches, showing off a basic looking entry-level phone.

That shouldn’t come as too much of a surprise given the fact that the Nokia 2 is widely expected to be the cheapest Nokia phone so far, until perhaps a Nokia 1 handset arrives on the scene. Till that day comes, the former will serve as the entry point to the brand’s phones.

Speculation so far has hinted that the Nokia offering will be powered by a Snapdragon 210 or 212 processor. The SoC could be helped along by a bare minimum 1GB of RAM. A 5-inch 720p screen will likely find its way up front.

The Nokia 2 is apparently roughly the same size as the Nokia 3, but with on-screen navigation buttons instead of capacitive ones. It’s also been compared to the Lumia 620 in terms of design. As for photography, it might be taken care of by an 8MP rear camera and 5MP front-facing shooter.

HMD Global will probably announce the Nokia 2 alongside the Nokia 8 and 3G-ready Nokia 3310 on August 16. We’ll keep you updated as and when more information trickles out.