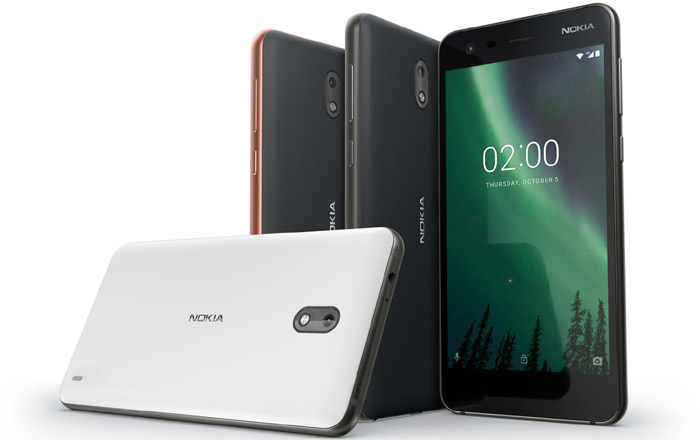 The Nokia 2 has officially gotten launched after months of leaks and rumors threatened to reveal everything about the phone. The device was announced at an event in India and is set to primarily target the entry-level crowd.

The Nokia 2 has been constructed out of polycarbonate and secured with a 6000 Series aluminum frame. There’s a 5-inch HD LTPS display up front that boasts of a 1:1300 contrast ratio, Gorilla Glass 3, and low power consumption abilities.

This ties in with what is the Nokia 2’s main strength – its battery life. The smartphone packs a huge 4100mAh battery that the company claims can go on for 2 days at a stretch. A power-efficient Snapdragon 212 processor helps conserve energy as well.

Like its siblings, the Nokia offering runs on stock Android 7.1.1 Nougat. It’ll get an upgrade to Oreo at some point in the future, so watch out for it in the brand’s beta program. The handset additionally comes with Google Assistant built-in to answer any query and perform various tasks. Owners will further benefit from being allowed to upload unlimited images and videos on Google Photos.

Specifications of the Nokia 2:

The Nokia 2 will face some stiff competition from the likes of the Rs 6999 Xiaomi Redmi 4 which also carries a 4100mAh battery. We’ll let you how much the former costs the moment it hits availability.