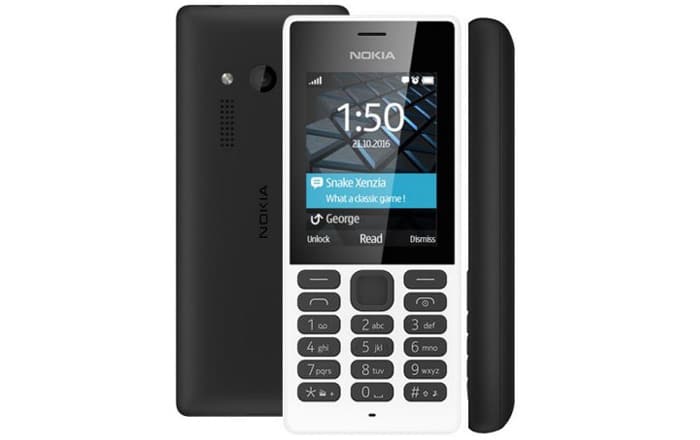 HMD Global has officially announced its very first Nokia handset after taking over the beleaguered brand’s operations a few weeks ago. Unfortunately, people looking forward to Android-powered Nokia devices will have to wait a while longer since the new device is a feature phone.

The Nokia 150 and Nokia 150 Dual SIM are a throwback to the company’s classic slate of products which helped it dominate the handset business in its heyday. It remains to be seen whether the brand’s renowned durability even in the face of bullets will carry over to the new offerings.

HMD’s certainly trying to evoke that feeling by fashioning the Nokia 150 out of hard-wearing polycarbonate shells and scratch-resistant color, promising that the device is built to last. The phone ships with an array of games like the nostalgia-inducing Snake Xenzia and Gameloft’s Nitro Racing.

The Nokia handset apparently lasts for 22 hours of talk time and 31 days of standby time for the single SIM variant. Users can take advantage of an LED torchlight to shine a light in the dark. The flash unit also serves to brighten up images taken via the phone’s VGA camera.

A rapid look at the Nokia 150’s specifications: