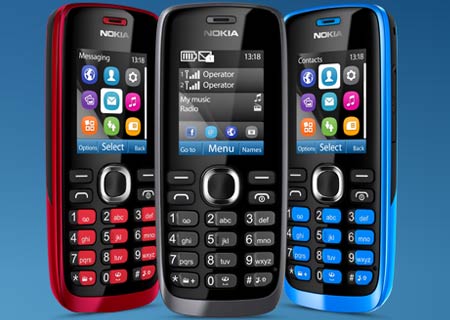 The Nokia 112 and 110 feature phones are clearly here to insist that the Finnish manufacturer hasn’t forgotten about a large part of its market which demands for devices other than smartphones. The 110 will also ship in single SIM variants that are set to be vended under the 111 and 113 monikers.

Nokia’s ‘mission to connect the next billion to the internet’ means that both phones had to sell with web surfing capabilities. So users will be looking at the pre-loaded Nokia Browser as well as direct access to Facebook, Twitter and other social networks. On the connectivity front, they support GSM 900/1800, GPRS/EDGE networks, Bluetooth 2.1 and a 3.5mm audio jack. The 112 even arrives with the eBuddy IM service.

Both Nokia handsets sport 1.8-inch TFT LCD screens, offer dual SIM capability and up to 32GB hoarding space. They run on the Series 40 OS, incorporate media players and deliver FM radio connectivity. The company has partnered with EA to tempt potential buyers with 40 games which will be downloadable through Nokia Store. The games cover Tetris, SimCity Deluxe, Need for Speed The Run, Bejeweled, Monopoly Here & Now and more. 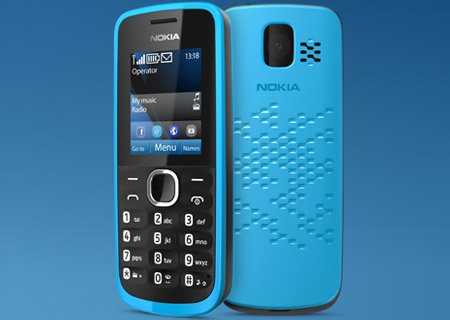 After chewing through the specifications is done with, the similarity in design between the 112 and 110 will obviously be a point of interest. The fact is that the first mentioned renders up to 10.5 hours of talk time, while the second can cough up almost 14 hours of the same. When it comes to standby time, they proffer 26.5 days and 35 days of battery life, respectively.

The Nokia 112 and 110 price details read at around €35 and €38, correspondingly. The former will hit the market in the third quarter, while the latter is set to be made available in this quarter itself.