A duo of feature phones consisting of the Nokia 106 and the 107 had been launched by the mobile giant back in August this year, and it’s only now that the former has been released in India. This new device justifies its low price of Rs 1,399 by packing in low-end specs which are not in away way targeted towards the smartphone consumers of today.

The 106 features a single nano SIM card slot which promises GPRS connectivity at most. This means reading emails on its Series 30 OS will be a possibility. One of the highlights about the phone is that it comes drenched in three different colors – red, black and white. 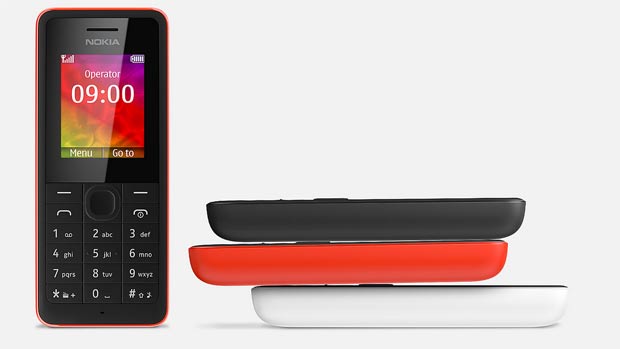 The front of its body has been blessed with an alphanumeric keypad which rests below its 1.8-inch LCD transmissive screen. For those interested, the resolution of this display is just 160 x 128 pixels, and it’s able to generate about 64,000 colors on it.

The Nokia 106 was launched alongside the Nokia 107 which is already available in the market at a price of Rs 1,799. This device is a dual SIM feature phone which offers slightly improved traits over those of the 106. For one, there’s a better 1020mAh battery inside it, whereas it also kicks in expandable storage.