No Blu-ray for the Xbox 360, says Microsoft 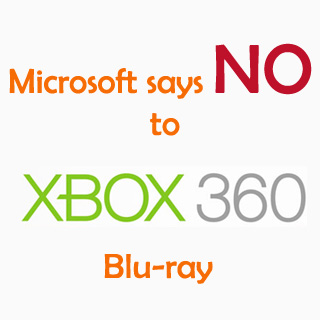 A Microsoft executive has confirmed that the company does not plan to include Sony’s Blu-ray high definition technology format into its Xbox 360 next-gen gaming console.

This piece of news was revealed by Aaron Greenberg, the group product manager for the Xbox 360 during an interview session, where Greenberg emphasized that owners can still view high-def movies on the 360 through Microsoft’s Xbox Live online service through which users can rent movies. The Xbox 360 has the due credit of being the only console that incorporates this exciting function. With the latest fall of HD DVD Microsoft stopped offering an HD DVD add-on player for its next-gen console.

“We still think we have a great value, that we have significantly better value than Sony,” said Greenberg, whilst referring to the price of the 360 and the Xbox video offering. “Every month we’ve actually been in stock we’ve outsold them by a 2 to 1 margin.”

Though Sony’s PS3 beat the Xbox 360 in terms of sales in March, owing to supply shortages, Greenberg promises a “very healthy inventory” by April. The fourth installment in the much-loved Grand Theft Auto series could be one factor which could affect the sales of the PS3 as well as the 360, since it is slated to be available on both the consoles.