Nintendo Wii U launched in the US, says it’s a ‘must-have’ holiday gift 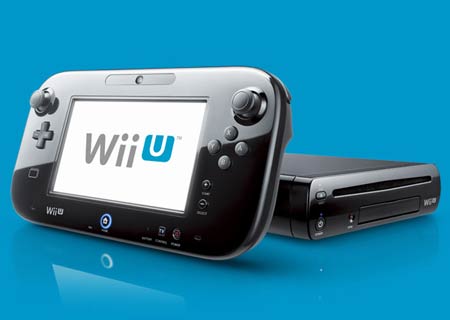 The Nintendo Wii U has gone up for sale in the US in time for the holidays and according to the company, this gaming console is a ‘must-have gift.’ Accompanying the device’s launch in stores are 30 games that range between different genres for all types of players.

Bundled with the system is the GamePad handheld controller. This device comes embedded with wireless connectivity and it houses a 6.2-inch touchscreen to provide players a more interactive experience. There are also dual analog sticks and the traditional gaming keys. Users will be able to utilize the controller to play titles independently or even as a remote for the TV. The current list of available games includes Nintendo Land, New Super Mario Bros. U, SiNG Party, Ninja Gaiden 3: Razor’s Edge, Just Dance 4, Assassin’s Creed III and Call of Duty: Black Ops II, amongst others. 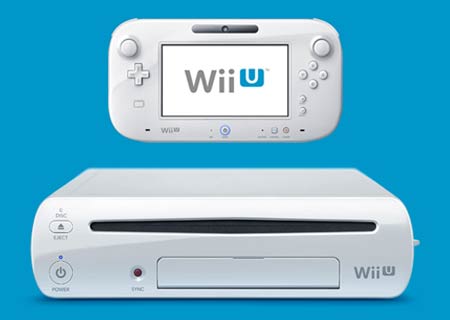 With the Wii U, players will be able to stream content online through services such as Amazon Instant Video Hulu Plus and Netflix. There’s even a YouTube application which allows users to access their accounts and subscriptions, a built-in internet browser for surfing the web and Wii U Chat for video chatting with other console owners through the GamePad’s integrated camera. 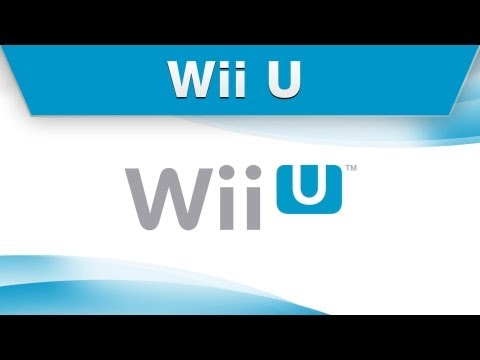 Nintendo is offering its latest console in two options, one is the Basic Set and the other is the Deluxe edition. The latter package tags along the Deluxe Digital Promotion where owners will earn 10% back in the form of points on each digital purchase of games or other content from the eShop. For every 500 points, a code will be issued to users providing $5 worth credit in the online store. This offer is said to be available for a limited time period and the official website will go live only in December. The end date is listed as March 2015. 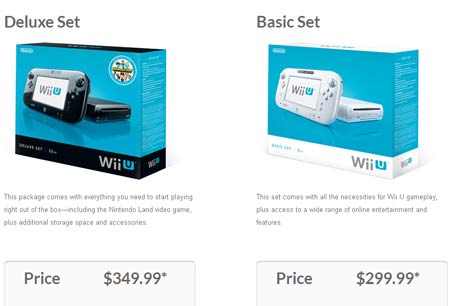 As stated above, interested buyers will be able to purchase the Nintendo Wii U in the form of two bundles. The Basic Set comes for $299.99 which includes a GamePad, a stylus, a sensor bar, dual AC adapters and an HDMI cable, while the $349.99 Deluxe Set packs in a free copy of the Nintendo Land game, a GamePad stand and cradle as well as a console stand, in addition to the aforementioned components.