Nintendo Wii U gets showcased at E3, has a bunch of games heading its way 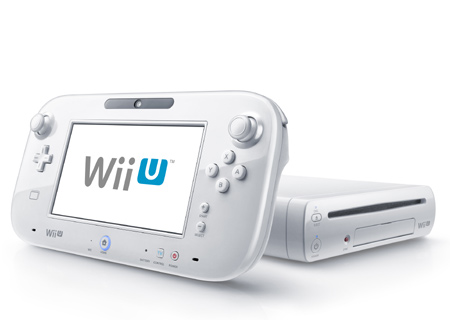 At the E3 expo, the Nintendo Wii U gaming console went official along with a wide catalog of titles from first- and third-party developers. The lineup comes from various popular companies including Ubisoft, Warner Bros. Interactive Entertainment, Electronic Arts, SEGA, THQ and Namco Bandai.

The upcoming console from the Kyoto-based manufacturer will arrive accompanied by the Nintendo Wii U GamePad, a controller which incorporates a touchscreen spanning 6.2 inches wide and dual analog sticks. Line conventional gaming controllers, this one will be fitted with traditional buttons as well. What’s more, it will even land with support for TV systems. Acting as remote controller, players will also be able to utilize the device to change channels, adjust the sound and more, whilst gaming or watching TV.

“The GamePad doesn’t just introduce a new type of game play, it redefines an entire dynamic. With asymmetric game play, multiple experiences are possible in the same game at the same time. That’s transformative,” expressed Nintendo of America President and COO Reggie Fils-Aime. “While games are the focus of this year’s E3, the Wii U story also includes the enhanced social connections and integrated entertainment experiences created by the GamePad. We’re providing a glimpse of that with the introduction of Miiverse and by revealing partnerships with some of the biggest content providers on the planet.” 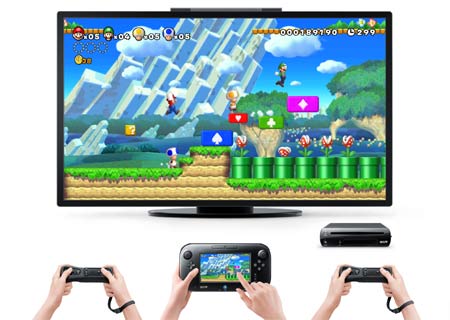 The lineup of new games for the console includes Super Mario Bros., Pikmin, Wii Fit, Batman: Arkham City, Scribblenauts, Assassin’s Creed and Just Dance. Aside from these, Nintendo also revealed Nintendo Land, a virtual theme park title that’s said to be inspired by franchises such as The Legend of Zelda and Donkey Kong. It also brings forth single player and multiplayer modes.

The Nintendo Wii U release date is expected to arrive during this holiday season. Price details for the console aren’t disclosed by the company as yet.