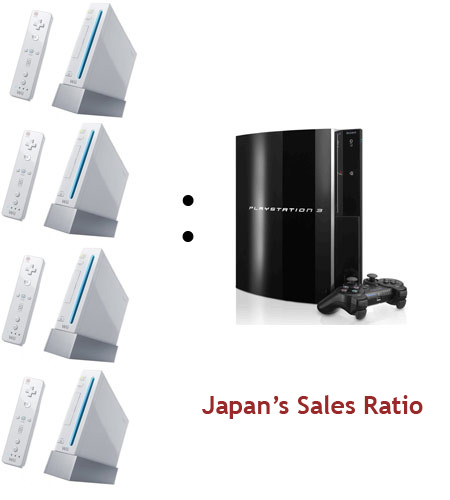 Nintendo’s Wii has beaten Sony’s PlayStation 3 (PS3) hollow in the second month of 2008 in Japan, reported Magazine publisher Enterbrain. Till February 24, a 4:1 ratio between the Wii and PS3 was noted.

And the party didn’t end there for Nintendo. The company’s “Super Smash Bros. Brawl” was named the best-selling software for the month in Japan, with a sales figure of 1.33 million units. Next in line came “Wii Fit” which sold 309,311 units in the four weeks.

On the other hand, Microsoft’s Xbox 360 gaming console witnessed a sale of 14,079 units.

Apart from price, the other factor that makes the Nintendo Wii a sure shot winner in the console war is the easy-to-play nature of its games.

Last week we reported that WiiWare, Super Smash Bros. Brawl and Wii Fit were on their way to the US, which means that Nintendo may just gather some more moolah and popularity soon.