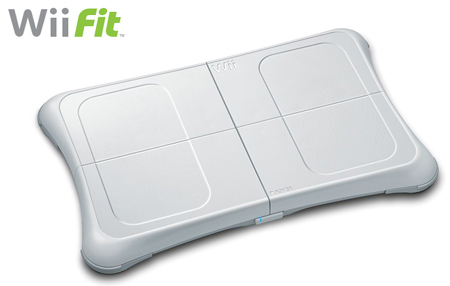 Recently, Nintendo announced the forthcoming launch of the Wii Fit in the US market. The innovative fitness game is coming in US on May 19.

Meanwhile, Nintendo has announced the pricing details of the game. The bundle containing Wii Fit and the innovative Wii Balance Board accessory will be available for $89.99 at Wii World Store.

Also, the company revealed that consumers who have pre-ordered Wii Fit from the Nintendo World store in Rockefeller Plaza, NewYork will receive a special bonus item. The first 1,000 customers placing an order between April 18-20 depositing a $5 will be gifted a limited edition Wii Fit T-shirt featuring the image and reproduced autograph of legendary Nintendo video game designer Shigeru Miyamoto.

Wii Fit is an innovative fitness game from Nintendo. The game includes a dynamic mix of more than 40 yoga, aerobics, strength training and balance activities. The Wii Fit is currently available in Japan and it’s been a popular game there. Nintendo has sold more than 1.4 million copies of the Wii Fit since its launch on Dec. 1, 2007.