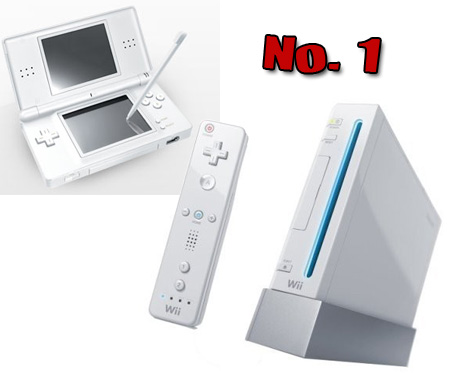 Nintendo Wii has always been a popular console worldwide. But this is the first time after 20 months when Wii has outsold its competitors. According to the NPD Group, more than 666,000 Wii consoles were sold in June 2008. In all, 10.9 million units of the Wii have been sold in US since the launch of the console in November 2006.

“Wii was created with the goal of expanding the gaming universe through its intuitive motion-sensing controller,” said Cammie Dunaway, Nintendo of America’s executive vice president of Sales and Marketing. “As we have demonstrated this week during the E3 Media and Business Summit, Wii continues to pioneer new ways for people to interact with their video games and with one another.”

Giving one more reason for Nintendo to celebrate, its portable console, DS also came up on top as the top-selling US portable video game system in June. More than 783,000 units of the device were sold last month. That means 20.8 million Nintendo DS units have been sold in US to date.