Nintendo TVii arrives for the Wii U in North America 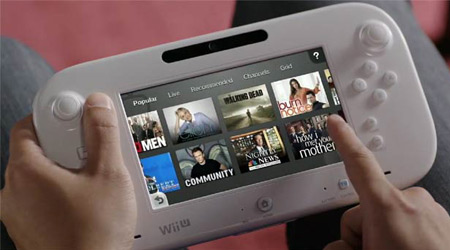 The much awaited Nintendo TVii trait has been launched for the Wii U in the North American region, and can be accessed now by owners of the console. This service is aimed at simplifying the television-viewing experience, as its makes use of the GamePad controller to display useful information for its users. It is able to tie up with cable, satellite and video-on-demand services such as the Comcast cable package and Hulu Plus, and pull their data to display it in an integrated fashion on the small screen.

Nintendo of America President and COO, Reggie Fils-Aime has claimed the feature to have the ability to ‘transform and enhance’ the TV viewing experience. As for the question of how it works goes, its brings together data from the television service content sources, and allows users to browse through the content that they can watch at that time. When they find what they desire, they can just tap the GamePad’s screen to have it displayed on the TV. Furthermore, while viewing it, Nintendo TVii grants useful related information on the GamePad.

Various social features also make their way into it. Using them, Wii U owners will be able to share their experiences with friends as they watch shows on the TV. Commenting and sharing on Miiverse, Facebook and Twitter are some of the other options. The service requires no additional equipment to run, as it can be accessed directly from the GamePad. It requires no kind of payment either.

Launched just last month, the Wii U received quite a hefty release in all territories it came out in. Apart from just playing games, it is also capable of running a number of applications that make the most of its Internet connectivity. Prominent among them is its browser and its Miiverse trait. And moreover, a unique Google Maps experience is also set to land on the device sometime next year. This will integrate the GamePad to grant panoramic views of concerned locations using the Street View feature of the service. 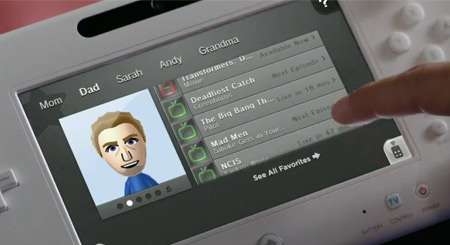 According to the company, at its launch, Nintendo TVii will be supporting all cable and satellite providers in North America, whereas Amazon Instant Video and Hulu Plus subscriptions will be compatible only in the US.