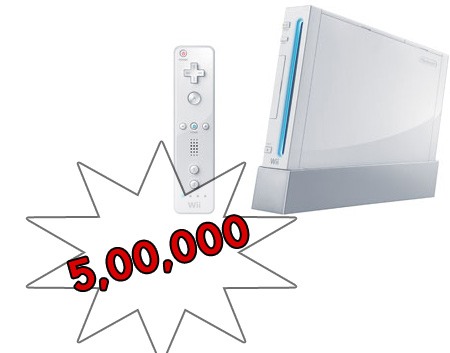 An Australian research company, GfK has said that Nintendo Wii is the fastest selling console in Australia. In a period of 84 weeks, Nintendo apparently sold half a million units of the Wii consoles.

Earlier the record was held by Sony’s PlayStation 2 and Nintendo DS. Both the consoles managed to sell 5,00,000 units in 107 weeks from its launch. That means the Wii reached the same figure 23 weeks earlier than the PS2 and DS.

Nintendo Wii was launched in Australia on December 2006. The console’s potential of attracting all kinds of gamers might have given it the edge to reach its record sales.

The popular console offers variety of games to suit gamers of all sorts of age groups. The Wii Sports is offered for sports enthusiasts, while health conscious group can take advantage of Wii Fit. Moreover, games like Mario Kart attract gamers and non-gamers alike.

Wii’s motion sensing remote is another unique feature of the console which offers a totally different gaming experience to the gamers.