Mini Nintendo NES plugs into your TV, no cartridges needed

For those who miss playing Mario or Zelda on the old school Nintendo NES, a special Mini Collector’s Edition NES will be coming out on November 11. It will be sold along with an AC adapter, a Classic Controller and an HDMI cable for the price of $60. While you can still connect it to your TV, no cartridges will be involved.

Nintendo will instead be pre-loading the mini NES with 30 cult favorites covering Super Mario Bros, Metroid, The Legend of Zelda, Donkey Kong and more (full list below). In case you’d like to play along with a pal, the company is also planning to sell standalone NES Classic Controllers at $10 each.

An interesting and useful addition is the inclusion of multiple suspend points so that you can take a break from gaming whenever you need to. What’s more, the NES Classic Controller can be hooked up to Virtual Console NES games on a Wii U or Wii system too. 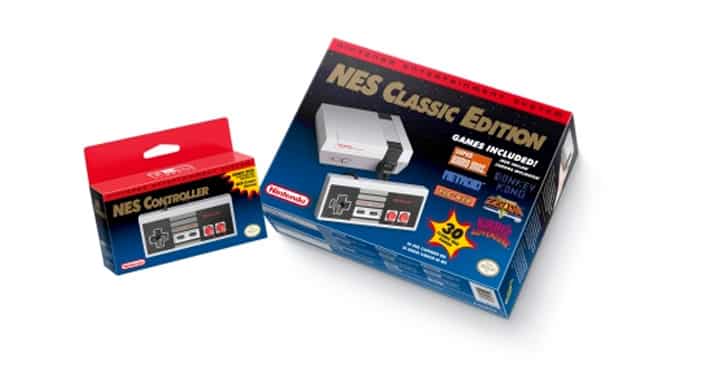 Of course, it looks like Nintendo will not be providing any additional titles for the NES in the future and you won’t be able to connect to the internet either. So you may be stuck with the retro games offered with it, which is still not a bad deal. And it’s coming in time for the holiday shopping season.

Games pre-installed on the mini NES:

Also see: This Super Mario watch is only for rich super fans