Nintendo DS Successor is Just Around the Corner? 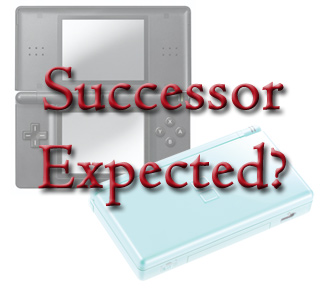 The rumors regarding the arrival of a new Nintendo DS have been doing rounds since a long time. The latest rumors say that the new version of Nintendo DS is likely to be released as early as this year. The DS console sales are diminishing in Japan and that might lead Nintendo to finally launch the successor of the DS, indicate analysts.

Wedbush Morgan analyst Michael Pachter told Edge Online that “We think that the timing of a new product introduction will depend upon the sales profile for the DS, and believe that lower than expected DS hardware sales could trigger an earlier launch for the new device.”

“DS sales are solid worldwide, but are weak in Japan, leading us to expect an introduction of a new device in Japan before the end of the calendar year,” continued Pachter.

The current version of the DS was launched back in 2004, and the console has been quite popular among gamers not only in Japan but in other parts of the world as well.

In June 2008, it was labeled as highest selling portable console in US. It outsold other systems with outstanding sales of 783,000 units of the devices.

Nintendo still maintains silence over the rumors of the new Nintendo DS.