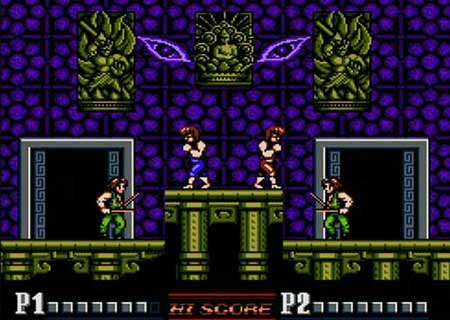 This weekend, get ready to be bombarded with exciting Nintendo downloadable games that include Order Up!! for the Nintendo 3DS and Double Dragon II for the Wii console. Additionally, there are 4 other titles that also make their presence felt this time around. These include the likes of Slitherlink by Nikoli, Lola’s Fruit Shop Sudoku, Jewel Legends – Tree of Life and Save the Furries. The Nintendo video entry today is Gym Class Heroes’ ‘The Fighter’ in 3D for the 3DS.

Order Up!! puts gamers into the shoes of a top chef and restaurateur who’s in charge of preparing exotic dishes. There are also new characters, restaurants and music to avail of here. Even the controls have been revamped to exploit the 3DS touchscreen. Besides all these ingredients, the developer has also endowed Order Up!! with snobby food critics, picky patrons and a grouchy health inspector. Double Dragon II sees the return of Jimmy and Billy as they set out on a quest to crush the evil Shadow Warriors and avenge the death of Marion. 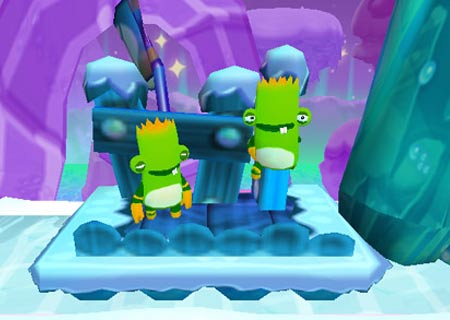 From the creator of the famous Sudoku comes a new entrant dubbed Slitherlink by Nikoli. Gamers must connect the dots by drawing lines across the screen. The game comes complete with 2 interesting modes namely, Random mode and Stage Clear mode. The puzzle fun continues with the mention of Lola’s Fruit Shop Sudoku. Little children can develop their logical thinking in a fun manner, all thanks to Lola’s puzzles.

In Jewel Legends – Tree of Life, the maker invites players to rebuild the world of the Hods. This match 3 adventure offers various building materials, precious jewels and other such valuables which come in handy for reconstructing the Tree of Life. There are 100 levels, 3 game modes and 8 bonus tools to take advantage of. And finally, Save the Furries features 60 levels of puzzle-adventure elements. Offering physics based gameplay and full 3D graphics, the title is also packed with many dangers like explosions, pits, galactic creatures and giant drops.