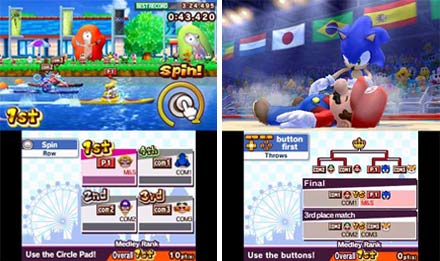 It’s that time of the week when Nintendo downloadable games get splashed onto the scene for the 3DS, DSi and the Wii, and the highlight of this week’s content is the demo release of the upcoming Mario & Sonic at the London 2012 Olympic Games. Other titles that can also be downloaded this week include Mutant Mudds, Newton vs. The Horde, Lola’s Alphabet Train and Flipper 2: Flush the Goldfish.

When it releases for the 3DS next month, Mario & Sonic at the London 2012 Olympic Games will present gamers with a chance to dive into several sports like badminton, archery, athletics, aquatics and more. Giving a taste of these offerings, the demo of this game is now live on the eShop. Another 3DS exclusive in this week’s list of Nintendo downloadable games is Mutant Mudds which arms protagonist Max with a water cannon that he must wield against the Mutant Mudds.

Two new titles enter the DSi Shop this week in the form of Lola’s Alphabet Train and Flipper 2: Flush the Goldfish. The former is basically a spelling game meant for toddlers, while the latter is platformer which has a fish for a protagonist. Rendering classic pixel graphics, Flipper 2: Flush the Goldfish involves a fish trying to save his master by using a robot suit. Both these titles can also be downloaded by 3DS users. 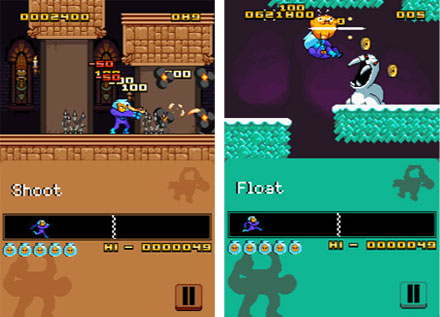 On the other hand, Newton vs. The Horde is a WiiWare which asks players to rescue scientists from being wiped out by a horde of monsters. Four different zones filled with special challenges make their way into this game. It can now be bought through the Wii Shop Channel at 500 Points.

These were all the offerings that form a part of this week’s Nintendo downloadable games. While Mutant Mudds can be purchased through the eShop at a price of 8.99 USD (approx. Rs. 450), Lola’s Alphabet Train sells on the DSi Shop at 200 Points. Furthermore, Flipper 2: Flush the Goldfish can be downloaded via the DSi Shop at 500 Points.