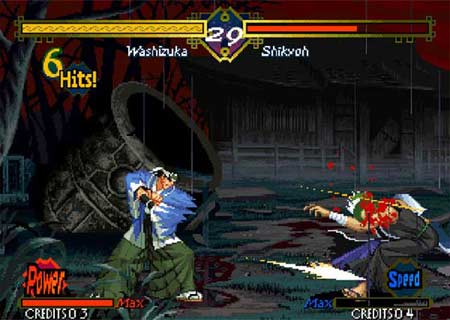 This week’s array of Nintendo downloadable games seem to bring in quite a treat through classic titles such as Prince of Persia and The Last Blade. Accompanying these are various featured additions which include the Art of Balance Touch!, Lego Batman 2: DC Super Heroes, Cat Frenzy and Curling Super Championship. On Nintendo Video, the Dinosaur Office: Bring Your Child to Work Day episode has gone live.

Bringing in physics-based gameplay is the puzzle-styled title Art of Balance Touch!. Said to be highly addictive, the game comes bundled with 200 ‘challenging’ levels that spread over 8 different worlds. The main objective here is to build a balanced stack of objects through the 3DS console’s stylus or the SlidePad. Batman and Robin are back for a new adventure with the LEGO Batman 2: DC Super Heroes demo title hitting the eShop. Being the sequel to Lego Batman: The Videogame, the duo joins forces with other super heroes from DC in an effort to stop Lex Luthor and The Joker from destroying Gotham City. 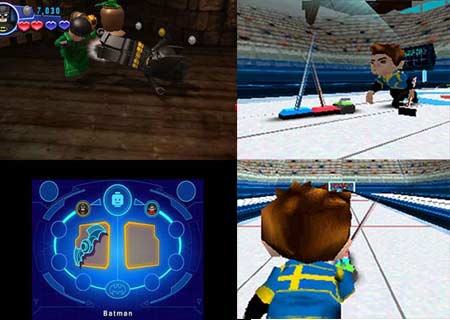 The famous classic title Price of Persia, has made its way onto the 3DS console retaining most original elements. For those who weren’t around to play the game back then, the main goal here is to face off against the evil Grand Vizier and rescue the princess. To do so, players will have to travel through various levels, dodge spikes and guillotines and even fend off palace guards. Released for Wii systems via Virtual Console, The Last Blade title brings in a blast from the past. The game was first introduced in 1997 and takes place during Bakumatsu. This is apparently a period of Japanese history where several swordsmen turned to weapons for different purposes.

The Cat Frenzy title is another puzzling addition from Nintendo. The goal of this game is to rescue kittens that are trapped within a well by creating chains of the same cat in rows or columns. Players will have to 2 modes to choose from, namely Mission and Quick-play, with 140 levels. Curling Super Championship is the last title for the DSi on this week’s downloadable roster. Designed with 3D graphics for a rich gameplay experience, it packs in real-time physics and a multiplayer mode. There are unlockable achievements to earn as well. 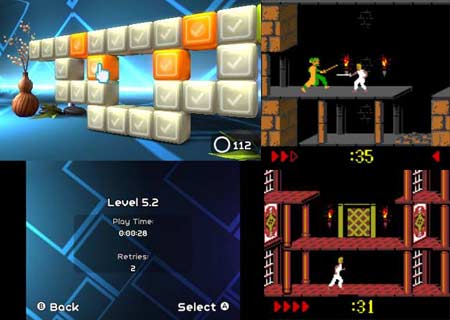 The Art of Balance Touch! price amounts to $6.99, while Prince of Persia can be picked up for $4.99. Cat Frenzy is available for $1.99 or 200 DSi Points and Curling Super Championship can be downloaded for not more than $4.99 or 500 DSi Points. The Last Blade for the Wii console is up for grabs on WiiWare for 900 Points.