This week’s roster of Nintendo downloadable games is a rather long one, but the highlight among the lot has to be the original The Legend of Zelda NES title which is being sold for the 3DS as part of the eShop’s 8-bit summer promotion. NES Open Tournament Golf is another classic releasing this week, along with a demo of the upcoming Heroes of Ruin and more new titles.

The Legend of Zelda, which was first launched for the NES console in 1987, can be played now on the 3DS. This version of the iconic game sells on the eShop at a price of $4.99. NES Open Tournament Golf also retails at the same price with its Stroke, Match and Tournament modes that were all the rage back in the days. Heroes of Ruin, an action RPG for the 3DS, is slated to arrive in retail later this month. Gamers can now pick up its demo for free from the eShop. 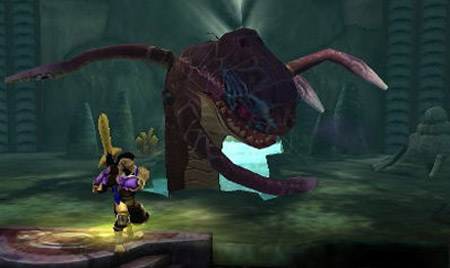 As part of the Game of the Weekend deal, Sakura Samurai: Art of the Sword, which was released in February this year, is being offered at a discounted price of $4.99 till July 8. Another new entry to this week’s Nintendo downloadable games is Family Tennis 3D, a casual tennis title proffering six different courts and three distinct minigames. It can be purchased for the 3DS at $6.99. The final 3DS game in this list is Akari by Nikoli which contains 50 Akari puzzles for players to solve. It is priced on the eShop at $4.99.

Those who crave motion-controlled action can have a look at Let’s Create! Pottery which is a WiiWare game selling at 500 Points. This title lets players create their own ceramics and style their pots using their Wii Remotes. One more Wii game is available for download currently in the form of 2020 Super Baseball which is a Virtual Console port of the original 1991 Neo Geo release. It can be acquired in exchange of 900 Points. 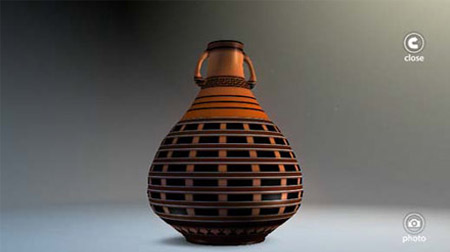 For the DS, two new games – 3, 2, 1… WordsUp! And Topoloco, have been launched this week. While the former is a word-building game, the latter lets player learn topography in an easier manner. Those were all the offerings from the latest list of Nintendo downloadable games. Make sure to check this space every week for new updates on games meant specially for Nintendo devices.