The latest Nintendo downloadable games this time around, feature the likes of Sonic the Hedgehog: Triple Trouble, Shinobi and Dragon Crystal for the Nintendo 3DS console. Furthermore, the Pirates Assault title is also set to invade the Nintendo eShop and DSiWare service, while Samurai Shodown IV: Amakusa’s Revenge makes its way to the Virtual Console segment for the Wii system.

The first title in this array namely, Sonic the Hedgehog: Triple Trouble sees the return of the renowned blue critter along with some other familiar faces as well. The side-scroller lets players take on the role of both Sonic and Tails as they speed across the planet of Mobius in search of the five Chaos Emeralds. They are joined by the slick Knuckles and Nack the Weasel. There are half a dozen zones as well as five bonus rounds and even a wild 3D stage to take advantage of. Fans of the franchise can strike dash and hop onto jet-boards when traveling through ice and snow. 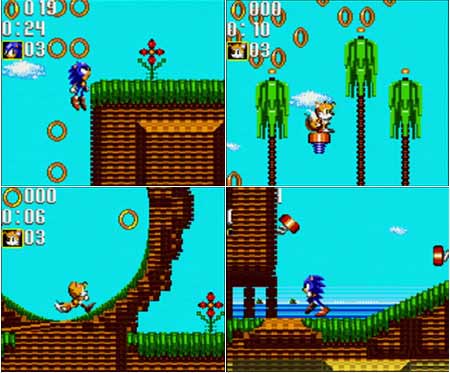 Up next is another side-scrolling game. In Shinobi, players are called on to step into the shoes of the protagonist Joe Musashi. As the Oboro School of Shinobi’s red leader, they are tasked with rescuing their fellow students. Aiding them in this quest is a powerful katana, shurikens, a crescent blade and bombs. And since this is a title packed with intense ninja action, the hero possesses special abilities such as running on water and walking on ceilings.

In Dragon Crystal, Nintendo DS owners must traverse through 30 worlds in an attempt to find the Magic Goblet. Strewn across the four magical kingdoms are dangerous labyrinths which are paved with collectable weapons, magic books, armor, rods, potions and rings. The classic turn-based dungeon RPG also features many monstrosities like large insects, giant centipedes and crafty sand sharks. Players along with their loyal pet dragon, must bravely face these evil demons in order to find a way out of the musical nightmare. 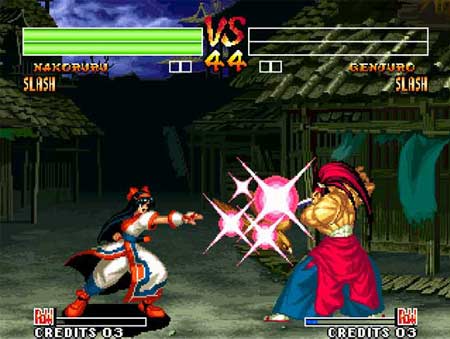 In addition to the aforementioned 3DS delights, Pirates Assault and Samurai Shodown IV: Amakusa’s Revenge also make their presence felt this week. The former is noted to be a tower defense game where players must protect their treasure by building a formidable defense strategy. On the other hand, Amakusa’s Revenge allows Wii owners to choose from a roster of 17 samurai warriors which includes new characters like Sogetsu Kazama and Kazuki Kazama.

The Sonic the Hedgehog: Triple Trouble, Dragon Crystal and Shinobi prices read as $4.99, $2.99 and $3.99, correspondingly. Pirates Assault and Samurai Shodown IV: Amakusa’s Revenge can be picked up for $1.99 and 900 Wii Points, respectively.