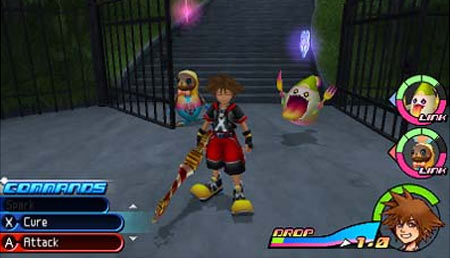 The Nintendo downloadable games buffet for this week seems to be dishing out a lot of choices with Marvel Pinball 3D, Rhythm Thief & The Emperor’s Treasure, Flip the Core, Escape the Virus: Swarm Survival and Kingdom Hearts 3D [Dream Drop Distance]. If that wasn’t enough, 8-bit era classic, VVVVV, is also being offered at a discounted price of $4.99 as part of the newly launched Game of the Weekend program.

The objective in Bomb Monkey is pretty straightforward – Get the primate to destroy the bloks rising from the ground before they pile up and knock the creature off its perch. Gamers have an unlimited stock of bloks as well as a horde of bombs at their disposal. Then there’s Marvel Pinball 3D for the incurable superhero fan. The pinball tables are centered on all the popular characters from Marvel. Tony Stark, Blade, Hannibal, the Thing, Captain America and more. It’s stuffed with interactive 3D models, in-game friend challenges, the ability to show off via online leaderboards and so on. 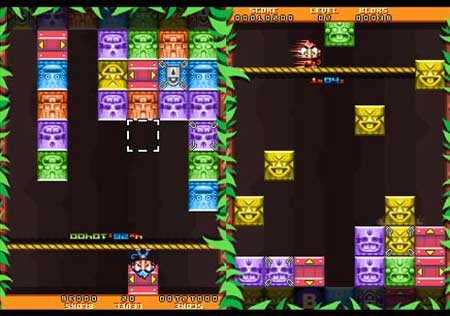 In Rhythm Thief & the Emperor’s Treasure which is being offered as a demo, gamers get to play out the fantasy of what it’d be like to live as an art thief in Paris. But it’s not about the money here, for protagonist Raphael seems to do it all just for the fun and the works of art are returned days later. Gamers will find themselves tapping the screen, swiping the stylus and carefully controlling the gyro in an attempt to maneuver Raphael through a series of rhythm-based challenges.

Yet another demo to hit the Nintendo downloadable games catalog this week is Kingdom Hearts 3D [Dream Drop Distance]. In this title, Sora and Riku must unlock seven Sleeping Keyholes. To get there, they must enter the Sleeping Worlds, face off against formidable enemies and forge new friendships. The ultimate goal is to gain recognition as true Keyblade Masters. The new-fangled gameplay features cover the debut of Dream Eaters, Flowmotion and Reality Shift. 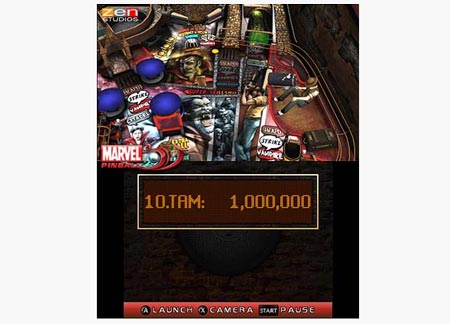 Flip the Core claims to have no dead ends. This side-scrolling title lets players simply flip the camera and discover new passageways or escape routes. There are several weapons and power-ups available to gamers and ‘shoot ‘em up’ should pretty much describe the sort of gameplay that can be expected. In Escape the Virus: Swarm Survival, the goal is to link all the strands of DNA and construct as long a chain as possible while battling it out against some nasty viruses.

Bomb Monkey and Marvel Pinball for the Nintendo 3DS cost $4.99 and $7.99, respectively. The two aforementioned demos are only available via the Nintendo eShop. Flip the Core and Escape the Virus: Swarm Survival are priced at $1.99 through the eShop or 200 DSi Points each.