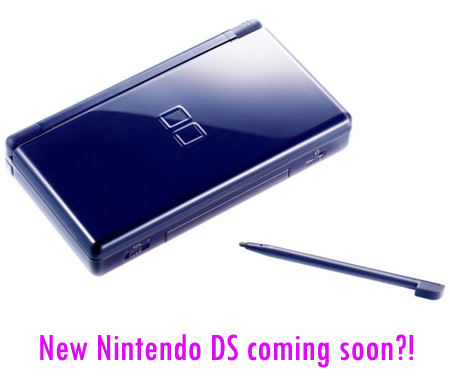 This year’s E3 event could possibly see the launch of an all-new version of the Nintendo DS handheld, as foreseen by Enterbrain head Hirokazu Hamamura. E3 2008 is slated to be held in Los Angeles on July 15th – 17th.

E3, which is touted as the year’s biggest gaming trade show could be just the apt opportunity for Nintendo to flaunt its forthcoming DS model, noted Hamamura.

Hamamura could draw this prediction on the basis of the fact that the Japanese company has had a pattern of showcasing a new handheld in every two years time. The DS Lite, which was a thinner, smaller, lighter version of the previous DS game console, was rolled out in 2006.

Now what’s more interesting is that as per a translation made by website Akayuki, Nintendo spokes Hiroshi Yasushi neither declined or accepted the latest rumor, but rather preferred telling Famitsu that the company cannot comment at this point.

Most speculations hint that the new upgrade could possibly add media functions, such as dedicated audio and video playback along with an additional slot for removable storage.

Hamamura’s mathematics does sound close to accurate. But who know?! Let’s hope Nintendo lovers have a new baby to play with soon.

Do you think a new DS could be on its way? Do share your predictions with us.