Nintendo 3DS XL with 90% larger screen to release next month 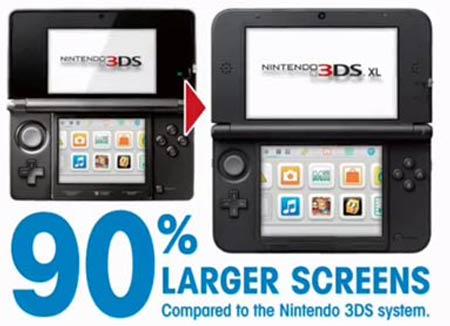 Gaming fans can look forward to getting their hands on the latest Nintendo 3DS XL by late next month. According to a Nintendo Direct video, the company will unleash its newest console complete with a 90% larger screen. And that’s not the only upgrade the upcoming device will feature. The portable system will also sport an updated chassis and will be available in a trio of colors namely red + black, silver + black and blue + black.

Furthermore, the battery life is also expected to surpass the one utilized in the original Nintendo 3DS gadgets. Additionally, potential users will be able to store loads of content on the 4GB SD card that comes packed along with the device. However, the company goes on to reveal that in order to keep a pocket-friendly price, the latest device will enter the terrain minus an AC adapter. 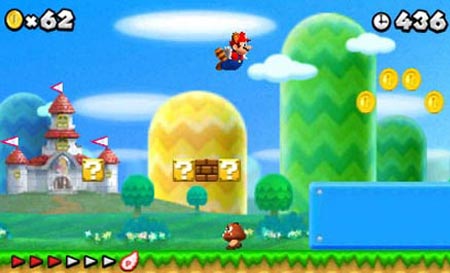 Gamers will be bombarded with a slew of titles such as New Super Mario Bros. 2, New Art Academy and Freakyforms Deluxe Your Creations, Alive! While the former will grace the scenario on August 17, the latter duo is scheduled to arrive on July 28, 2012. Kingdom Hearts 3D: Dream Drop Distance for the 3DS system will be unleashed a few days later on July 31, 2012.

The Nintendo 3DS XL release date and price details have been disclosed by the company. In Europe, the console is slated to unveil on July 28 while gamers scattered across North America can expect to grab their system on August 19, 2012. The price tag endowed on the upcoming device reads as $199.99.