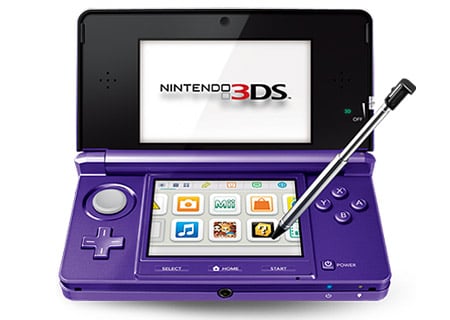 The Nintendo 3DS midnight purple edition is the latest shade that has landed onto the glass-free 3D gaming system. This variant is expected to come wearing the new color when it launches on May 20, 2012. And it should even cost no more than the current versions, that are priced at $169.99.

Displaying a ‘royal new look’ for the 3DS console, the upcoming edition provides potential users an extended choice. Being the fifth shade to the existing lineup which comprises of cosmo black, aqua blue, pearl pink and flame red that launched back in September, this variant is scheduled to debut on the same day the Mario Tennis Open game makes its way to the Nintendo eShop. The title is said to add to the wide catalog of downloadable games which include Super Mario 3D Land, Kid Icarus: Uprising and Spirit Camera: The Cursed Memoir. 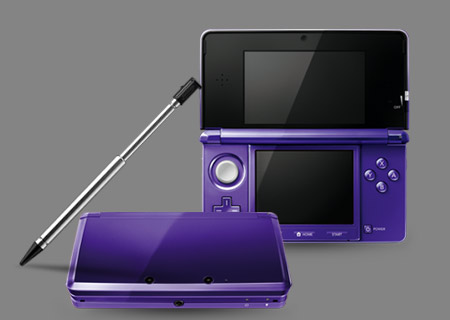 The Nintendo 3DS handheld gaming system was launched back in March 27, 2011. For a quick refresher, the console is bundled with a 3D LCD display that stretches up to 3.53 inches diagonally and portrays a resolution of 800 x 240 pixels. It even packs in dual outer cameras and an inner lens, which have resolutions of 640 x 480 pixels for each snapper. For convenience in use, it comes with a stylus, while an included 2GB SD memory card takes care of hoarding needs. The battery pack needs approximately 3.5 hours to charge and it’s capable of delivering around 3 hours to 5 hours of activity time in 3D mode.

The Nintendo 3DS midnight purple edition price amounts to $169.99 and it will be available for purchase starting May 20, 2012, as previously mentioned.