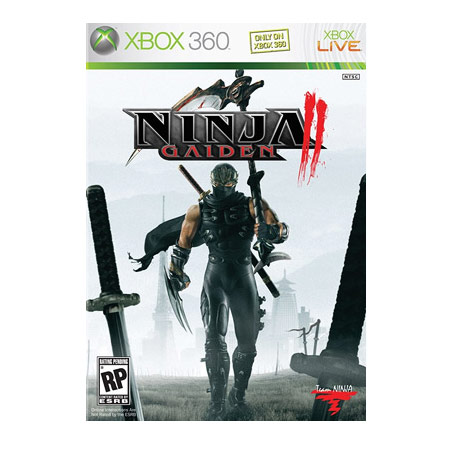 The highly awaited game title Ninja Gaiden II has shipped to retailers across India. As scheduled, the title reached retail shelves today, i.e. June 3, 2008 and when we got in touch with our local retailer here, he informed us that the game should be in our hands in a day or two’s time. Now that surely translates to loads of smiles on all our faces here.

The Xbox 360 exclusive title, which has been developed by Team Ninja and published by Microsoft Game Studios, is the sequel to the popular Ninja Gaiden. Ninja Gaiden II is legendary Japanese video game developer Tomonobu Itagaki’s baby. 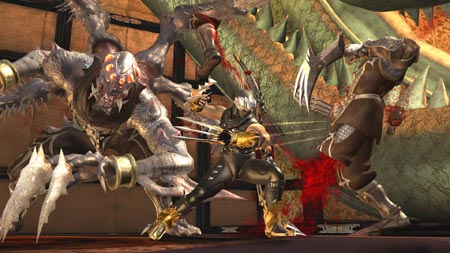 In Ninja Gaiden II, gamers are on a mission to direct Ryu Hayabusa on a task to punish his clan and prevent the destruction of the human race. Equipped with a variety of ninja weaponry, players need to assist Ryu to competently maneuver through a world filled with danger. The title features a new auto-health regeneration system, levels, adventures, enemies and exciting combat, representing a true evolution of the highly popular franchise.

Though the game shall reach you in a day or two, as of now you can keep the excitement on by checking out exclusive Ask A Ninja episodes on Xbox LIVE Marketplace, which are sponsored by Ninja Gaiden II. Featuring seven entertaining video clips, the series claims to make gamers get in touch with the “inner ninja”. While the first three exclusive episodes have already been aired, more episodes will air June 3 and June 10. Xbox LIVE members will get to enjoy the episodes the first week of launch and gain access to the entire Xbox LIVE community by the following week.

Furthermore, the GamePlay HD will show “The Way of the Warrior: Ninja Gaiden II,” a documentary that revolves around the history of the ninja and how it impacted the game.

Xbox LIVE members rejoice as you all can watch the documentary for free on Marketplace from June 10 onwards. Get to know the members of Team Ninja real close, explore historical areas of Japan, real life ninjas and watch exclusive looks at behind-the-scenes footage with “The Way of the Warrior: Ninja Gaiden II”.

Given a “M” for Mature rating by ESRB, Ninja Gaiden II will be available in India for a retail price of Rs. 1895/-.